It is very busy these days in VakifBank... 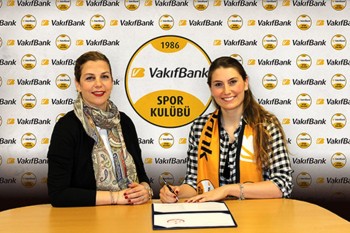 We have another contract extension in the roster of the Turkish champions. VakifBank announced that they renewed contract with middle blocker – Melis Gurkaynak!

Gurkaynak has spent almost her entire career in VakifBank, with the exception of 2014/15 season when she played for Galatasaray.

Recall that yesterday it became clear that Milena Rasic and Cansu Cetin will also remain in the club for the next season.

TUR M: It has started with major...