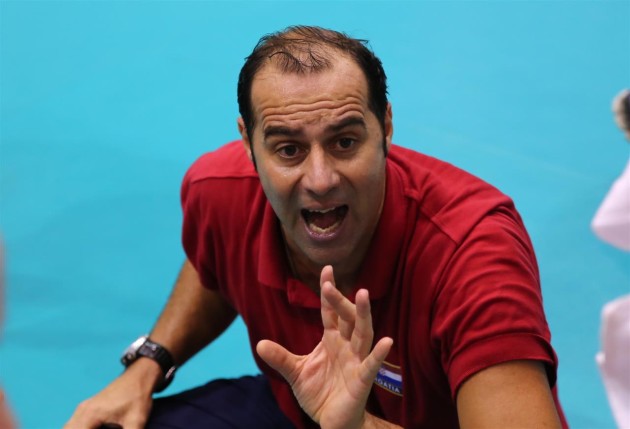 Seramiksan, one of three teams with the weakest record in the national championship 1-7 decided to change coach. Interestingly, club’s decision came after sensational win over world champions and national title favorites Eczacıbaşı İstanbul.

A 49-year-old Vercesi is known as one of the most passionate coaches in today’s volleyball. While being at the helm of Croatian Women’s NT he made a dive and tried to dig along with his players.

During his coaching days in Azerbaijani Azeryol Baku, three years ago, he became internet sensation due to way he was putting all of his emotions in one game…

He even made a marriage proposal on the court…

CL W: Gozde Kirdar – “To seize the CL crown is the most important goal for us”