Bursa Büyükşehir Belediyesi spoiled nearly perfect day for the favorites in the quarterfinals of the Turkish Women’s Volleyball Cup, held in Ankara! 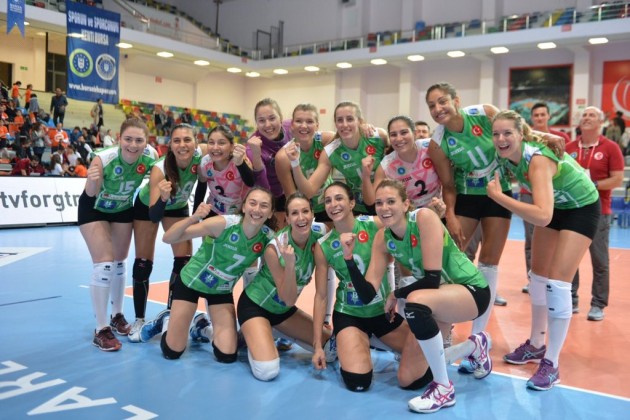 All top four teams of the Turkish Championship were so close to advance to the Final Four of the national Cup in Ankara but Bursa were the partybreakers. They defeated Galatasaray İstanbul in the longest quarterfinal clash 3-2 (27-25, 25-17, 14-25, 20-25, 15-12). Brazilian Joyce Silva ’Joycinha’ topped Bursa scorers with 24 points.

Cup holders Fenerbahçe İstanbul did not have problems against Sarıyer Belediyesi, beating them in straight sets with 16 points (4 aces) from Polen Uslupehlivan.