TUR M: Konarski – „Watching PlusLiga games now, I think this season would be tiring for me“

After winning two national titles in a row with ZAKSA Kędzierzyn-Koźle, and MVP award in the PlusLiga last season, Dawid Konarski made the decision, that seemed very sudden and hasty to many volleyball fans in Poland, to go and play in Turkey. In an interview for „Przegląd Sportowy“, the opposite explained the reasons for moving to Ziraat Bankası Ankara. 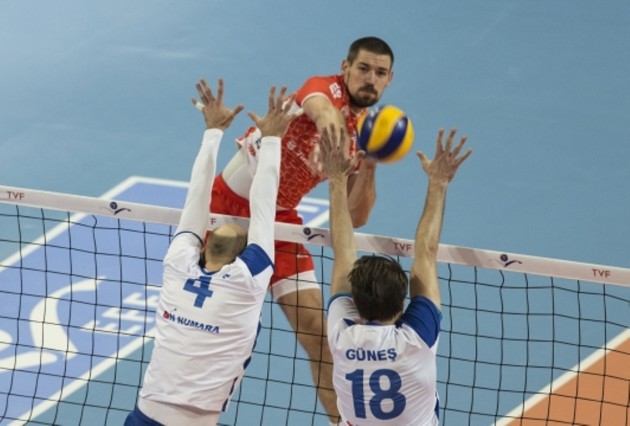 „I came to the Turkish league more readily, because everything was new to me – every gymnasium, every player. Watching PlusLiga games now, I think this season would be tiring for me. In PlusLiga, I’ve got everything, including the MVP of the season award, so I was looking for new challenges. I did not want to regret that, despite the opportunity to leave, I spent the whole volleyball career in Poland. Besides this, I would not do much more, because with ZAKSA we built a significant advantage over the other teams. If I had stayed, and Kévin Tillie did the same, it would have been similar. It is clear that ZAKSA, even after they changed an opposite, still have a significant advantage over the others. With 16 teams in the league, I would have to play another difficult season. It is good that in the next season there will be fewer teams in the league,“ a 28-year-old athlete said for „Przegląd Sportowy“ and admitted that the Polish league is undoubtedly stronger than the Turkish.

„Certainly. In Poland, the gap in the rankings between the teams from the 2nd to 10th-11th place is very tight. In the Turkish league, there is a considerable drop in quality after the 5 teams that I mentioned (Ziraat, Arkas, Fenerbahçe, İstanbul BBSK and Halkbank). So for example, before the match with Beşiktaş, two weeks ago, the coach (Joško Milenkoski) gave us a break. We had training two times instead of three because he knew that the rival was not as demanding as those at the end of the first stage and we could afford it. The league is weaker than Poland, but the semi-final and final matches will certainly be very fierce,” Konarski stated and added that volleyball in Turkey is not as popular as football or basketball but there is always a satisfying number of 500-600 people in the stands when Ziraat play at home.

ITA W: Monza coach Pedullà ends up in hospital after being involved in car accident

„Skyball“ is the strangest-ever volleyball serve, but Japanese player from 80s made it even stranger! (VIDEO)

Also has something about his paycheck. He has to accept the 400 Ziraat offered of course! Lets be honest and stop the hipocrisy. Players have to get the best they can from their carreer. So why not play in a weak tournament but earn twice what you would being home?? Congrats to the best decision Konarsky has ever made in his entire carreer