Healthy skeletal muscles are essential to keeping you moving at your best. A strained or injured muscle or tendon can make you feel slower or weaker than normal. If you're an athlete or work in a profession that requires physical labor, keeping your body free of tension and pain is essential for peak performance. Today, innovative devices and techniques to help protect and treat your muscles, tendons and joints have come out of research in kinesiology, the science behind muscular and skeletal movement. 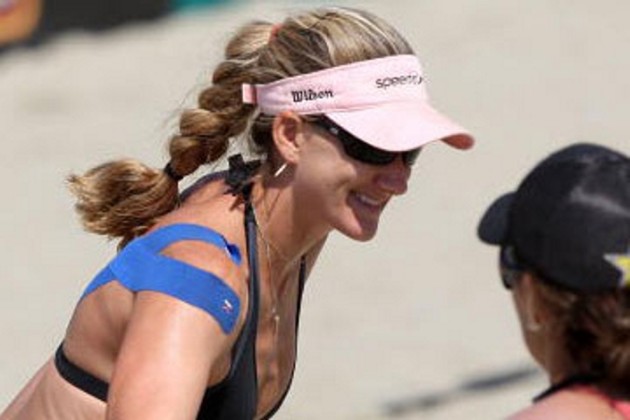 Athletes, both professional and recreational, have used many methods to treat sore or injured muscles, from pain pills and topical creams to massage therapy and acupuncture. Treatments have improved over time as scientists have learned more about how muscles work. While traditional treatments restricted movement to injured muscles, today we know that keeping muscles moving and improving circulation reduce pain and speed healing. That’s the science that inspired the father of kinesiology taping, Japanese chiropractor Dr. Kenzo Kase, to develop a muscle treatment in 1979 that he named the Kinesio Taping Method. This taping method gently lifts the layer of skin and attached tissue covering a muscle so that blood and other body fluids can move more freely in and around that muscle.

Dr. Kase developed both the method and the first elastic therapeutic tape, Kinesio Tape. He also founded Kinesio, the company behind the product, in the 1980s, and formed the Kinesio Taping Association (KTA) in 1984. Kinesio USA, LLC, began operating in 1994, headquartered in Albuquerque, New Mexico.

In the fourth edition of his book “Illustrated Kinesio Taping“, Dr. Kase explains that for the first 10 years of Kinesio Taping history, the method was primarily used alongside other therapies by orthopedists, acupuncturists and chiropractors like him. Kase says that a patient with articular disorders, affecting the joints, was the first to be treated using Kinesio Taping.

When Japanese athletes, particularly Olympic volleyball players, discovered Kinesio Taping, those colorful strips started a worldwide buzz. Cyclist Lance Armstrong, famous both for seven consecutive Tour de France wins and for coming back strong even after fighting cancer, praised the hot-pink tape from Japan in his 2003 book “Every Second Counts“. Later, during the summer Olympics in 2008, U.S. Olympic Gold Medalist Kerri Walsh amplified the buzz as people kept asking, “Is that a tattoo on her shoulder?” Walsh was using black kinesiology tape. Walsh later became a spokesperson for KT Tape, a Kinesio competitor.

Check out our Interviews section, every Tuesday a new story! Tomorrow read about Interview with Ryan Millar.