CEV CL F: Eczacibasi and Vakifbank go for last showdown on their way to final four

This coming Thursday two teams from Turkey’s megalopolis, i.e. Eczacibasi VitrA and Vakifbank ISTANBUL will be crossing their ways for the second time in one week as they fight for making it to the final four of the 2013 CEV Volleyball Champions League. 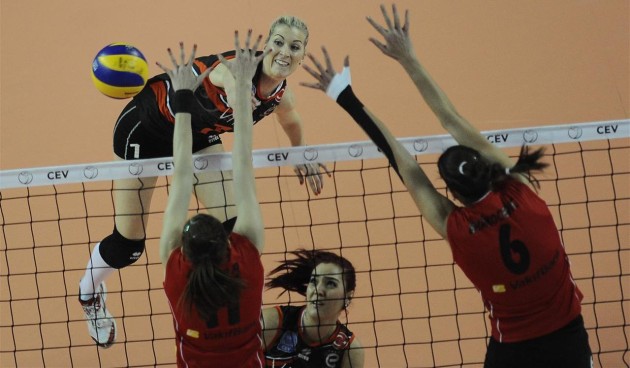 Vakifbank claimed the first match this past Thursday (3:1) but everything is still wide open as that second clash shall turn into another terrific showdown. “Even though we lost the first game we still have our chances to qualify for the final four via the golden set” Eczacibasi head coach Lorenzo Micelli says. “We do feel sorry for this defeat but we have to reset our minds and focus exclusively on the return match. We first need to score a victory and then we’ll have a make-or-break bout in the golden set. It won’t be easy but I do believe we’ve got what it takes to achieve this goal”.

“This is the third consecutive season we are playing Vakifbank in the Playoffs” team captain Esra Gümüs adds. “These teams have got the quality to play in the final four and we regret that one will be eliminated at the end of this double fixture. In the Playoffs both matches are equally important. We lost the first match but we still have our chance to advance to the final four. We want to exploit it, win the match and the golden set. We can make it there and we will”.