Buenos Aires, Argentina, January 30, 2012 - The Argentine Volleyball Federation (FeVA) confirmed the date of the 2012 Olympic Qualification South American Competition, May 11th - 13th with the venue to be confirmed promptly. 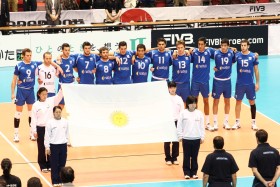 Argentina will host the Men competition dreaming on the ticket for London 2012 only for the winner team, facing Chile, Venezuela and Colombia. Brazil won its place at the 2011 Japan World Cup.

The Women competition will take place in Brazil.

The dates were confirmed by the South American Confederation.