InQatar starts the most prestigious tournament in the region, Emir Cup 2013.This years everybody puts Al Rayyan SC as a favorites team on the tournament, especially if Bulgarian Matey Kaziyski will join them after the final in Italian League. 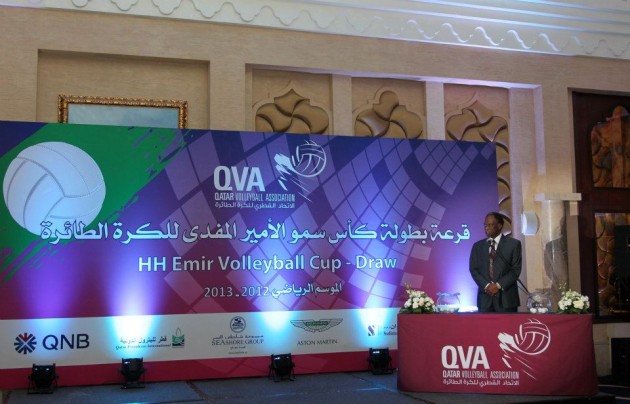 For sure, Emir Cup 2013 is one of the most interesting tournament in the world, because in the past, in Qatar played some of the greatest names in volleyball world. The biggest names are Lorenzo Bernardi, Hristo Zlatanov, Ivan Miljkovic, Igor Omrcen, Leonel Marshall, Angel Denis, Alain Roca Borrero, Marcus Nilsson, Philippe Barca-Cysique, Mitar Djuric, Loïc de Kergret, Osvaldo Hernandez, Liberman Agamez etc. and what is much important all of them played in different clubs.
Before every competition, the public knew the squad of all teams, especially who will from foreigners play, but this year some of the teams still keep as a secret names of their stars.

The World of Volleyball discovered for you:

Al Rayyan SC: Michael Sánchez Bozhulev, Philippe Barca-Cysique and as rumor Matey Kaziyski (he will come after finals in Italy)

Al Arabi: Leonardo Leyva Martinez, Christian Pampel and as rumor Osmany Juantorena Portuondo, (he will come after finals in Italy)

Still as the rumors circulate names of Robert Landy Simon and Tsvetan Sokolov.