Poland’s Tytan AZS CZESTOCHOWA has been displaying some solid Volleyball so far in this year’s CEV Volleyball Challenge Cup having edged Fonte Bastardo AZORES and Unicaja ALMERIA in the previous rounds. 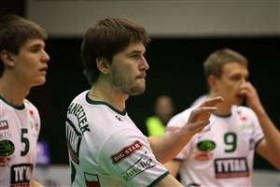 It is time for the 1/4 finals where the club will be playing France’s RENNES Volley 35 that recently lost the last couple of matches in the national league.

Additionally, RENNES Volley 35 has announced only 9 players for the first game in Poland with the main star being young libero Jenia Grebennikov. The defense is one of the best assets for the side from the France but this does not spread any fears across the Polish camp, with the team being in a good shape at the moment and clearly targeting a home win on Wednesday. Additional flavor to this match is being contributed by the fact that the head coach of Tytan AZS, Marek Kardos, spent a few seasons in Rennes during his active career as a player.