After Skra Belchatow, the organizer, Zenit Kazan, the team of Valerio Vermiglio qualified on Wednesday for the Final Four in Lodz. 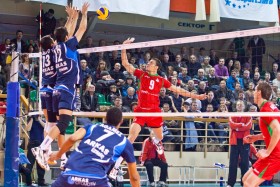 In the semifinals will play Zenit Kazan and the Italian club on one side and on the other, Belchatow against Turkish Izmir of Brazilian player Bravo.