Vakifbank hosts Romanian rookie for second round of play

Istanbul, Turkey, December 6, 2011. On Thursday Vakifbank TTelekom ISTANBUL, the winners of the past edition, will play host to 2004 Tomis CONSTANTA of Romania for their second match in the prelims of the 2012 CEV Volleyball Champions League – Pool D. 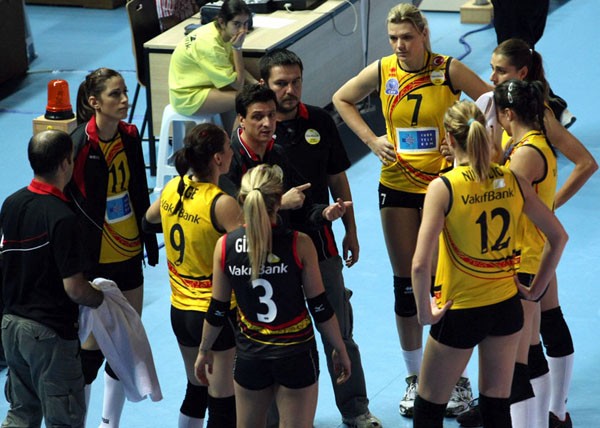 Last week Vakifbank routed Norda Foppapedretti BERGAMO of Italy in straight sets and the Turks want to repeat that result also in their first home match of the season.

“We are very excited because we play in that same hall where last year we claimed the title. We want to extend our winning streak and qualify once again for the final four. We do not know much about this Romanian team but I am sure they are ready to fight after they lost their first match to Azerrail BAKU” stresses head coach Giovanni Guidetti. We are in a good shape even though our second setter Nilay Benli has suffered an ankle injury, so she will be missing this match. The players will have to help Ozge Kirdar, our main setter, more than usual, as she was also sick recently”.

Team captain Gözde Sonsirma adds: “After a break in the national league that lasted for a month, we have finally reached our real level. We started the most elitist competition in Europe outclassing BERGAMO in straight sets and this is a team with high-quality players. I do not know our upcoming opponents from Romania but of course our goal is to win, also via the help of our fans”.