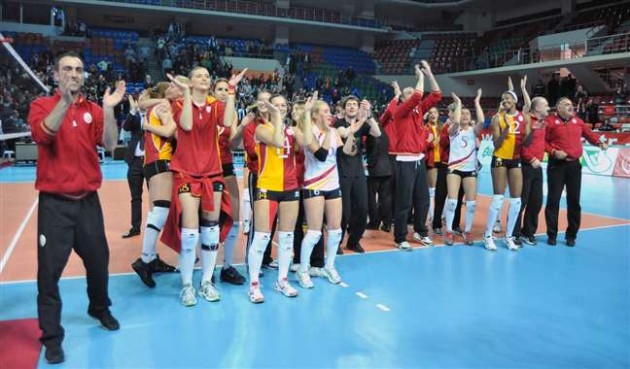 Galatasaray reverse result of first match to qualify for final

The home side started out confidently dictating the pace for most of the opening set but Tomis drew level at 22 all. However, the final rush was decided by the Cuban star of Galatasaray, Rosir Calderon, who sealed it at 25-23.

Great setter Eleonora Lo Bianco well mastered her side in set 2 providing a stellar team work that resulted in a speedy 25-18.

With some 1’800 fans in attendance, Galatasaray prolonged this great run also to the third set and eventually finished it with a 3:0 to call for the golden set. This was a real thriller, with Galatasaray opening with a massive 6:1 before CONSTANTA clawed back to move up 7:6.

However, the home side was well helped by Selime Ilyasoglu and could finally go for a splendid 15-10 to advance to the final of the CEV Cup, something unique in the history of that Turkish club.