Baku, Azerbaijan, March 18, 2012. Azerbaijan’s Lokomotiv BAKU qualified this afternoon for the final of the CEV Volleyball Challenge Cup – Women for the second consecutive season after scoring a 3:0 home win (25-17, 25-22, 25-18), the second in 5 days, to edge Belgium’s VDK GENT Dames. 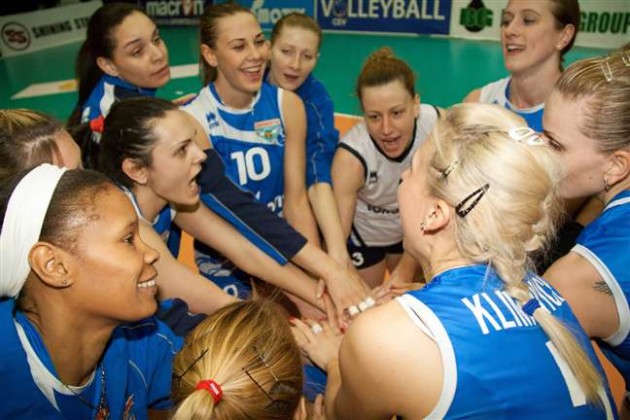 Lokomotiv dominated the scene with great blocks and excellent attacks, immediately pressuring its opponent right from the start of the game.

VDK GENT Dames nevertheless tried its best at least to take one set but helped also by the great support of the local fans,

Lokomotiv eventually did wrap it up in straight sets going for its second consecutive final and waiting for the next rival, which may be the compatriots of Baki BAKU or Germany’s VfB 91 SUHL.