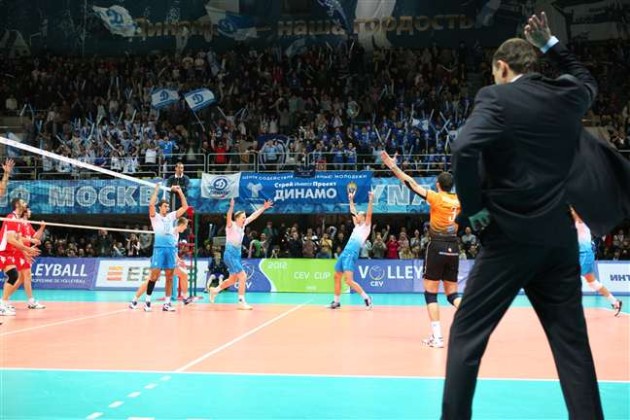 The game enjoyed a great attendance – some 2’500 spectators – and Dinamo made the difference in block as well as in attack.

Peter Veres was the leading attacking force for the hosts with a great 62% of efficiency. Before going for the final of the CEV Cup, Dinamo MOSCOW will be playing this coming March 22 and 23 two semifinal matches of the Superleague against Iskra ODINTSOVO in a series to be played with the format “best of five”.

After participating for 6 seasons in a row in the CEV Volleyball Champions League, Dinamo will then have the chance to go for Europe’s second more prestigious club competition.