On Saturday Cyprus eventually finished atop of the standings as the final round of the 2012 CEV Junior Volleyball European Championship – Small Countries Division – came to a close with a straightforward win over Northern Ireland, while Luxembourg claimed the silver medal ahead of hosts Scotland. 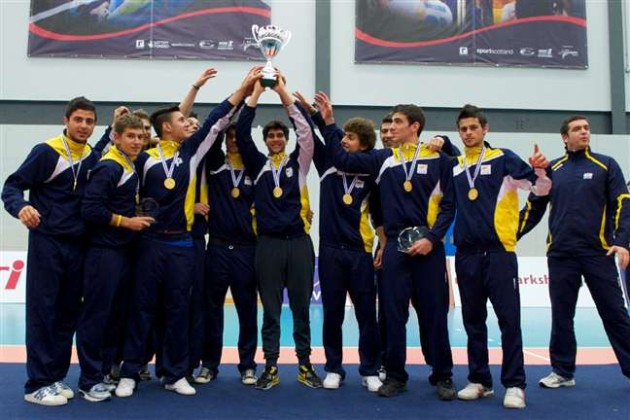 Cyprus needed any win to claim their second SCD junior men’s title and was on easy street with a 25-11 first set score.

Northern Ireland then raised their game, and despite a 25-15 reversal in the second, pushed Cyprus all the way in the third set, eventually going down 25-23.

The Luxembourg vs. Scotland match closed out the championship with the silver medal at stake, and despite a gutsy performance from the Scots, Luxembourg had more options at the net and were able to expose weaknesses in the Scottish defence for a straight sets victory (25-16; 25-23; 25-18).

The best players of the whole tournament were awarded as follows: