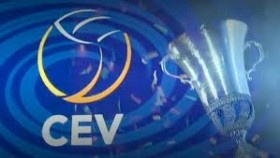 FORMULA. In the 16th of final, the last 16 of the Challenge Cup will meet the 16 losers of the Cev Cup.

Monza’s challenge in the competition will begin on Tuesday when it plays host to VC Strassen from Luxemburg.

Modena will try to win a Cup it had already put in its trophy cabinet in 2008.

The second leg will be on Tuesday December 20 in Luxemburg.