After losing this past week in Istanbul, RC CANNES is looking forward to the return match with Vakifbank ISTANBUL that is coming up on Wednesday for the fourth round of play in Pool A of the 2013 CEV Volleyball Champions League. Read latest volleyball news on Worldofvolley.com. 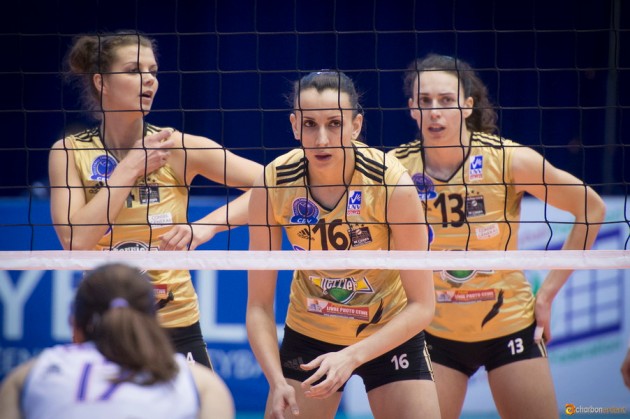 These sides had already crossed their ways last year in the 1/4 finals with RC CANNES eventually turning the tables around after an away defeat to claim the golden set and make it to the final four.

The local supporters will be ready to help their heroines as they try to repeat that same amazing performance at “Palais des Victoires” even though it won’t be easy as Vakifbank is traveling to France with the intention to prolong its winning streak in that “iron group”.

RC CANNES has suffered two defeats so far in the competition, and the start of the European campaign was indeed quite disappointing as the side from the French Riviera was edged at home also by Uralochka-NTMK EKATERINBURG in the first round of play. Nadia Centoni, who has been playing for RC CANNES for the past six years, still believes in the potential of the group: “We have finally found a good rhythm and our confidence is improving as well. I see that also the young players included in the group are stepping up the quality of their play and this has evidently a good impact on the collective performance as well. We did not play as we wanted in Istanbul but it will be a different story on Wednesday in front of our fans”.

Centoni did not leave the club even though she got quite many offers from abroad. “I decided to stay in Cannes because I believe in the potential of this team and I expect we can achieve great things this season as well”.

CL W: PROSTEJOV searches for first win of the season