CEV CL F: In last round Dinamo KAZAN wants to take its revenge from SCHWERINER SC

The very last round of action in preliminary Pool E of the 2013 CEV Volleyball Champions League – Women won’t have any impact on the standings of the group since Dinamo KAZAN and SCHWERINER SC have already secured first and second place respectively. Read latest volleyball news on Worldofvolley.com. 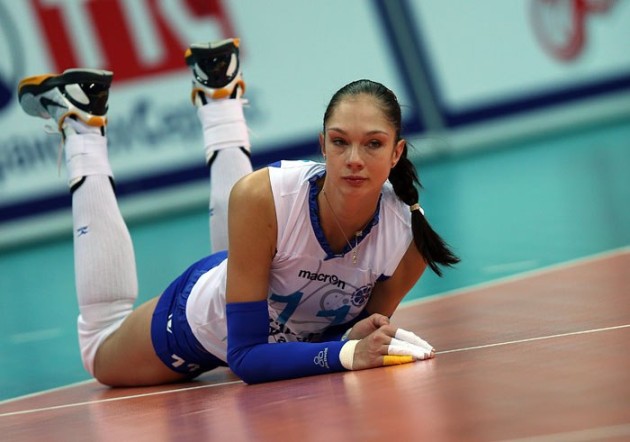 However, Dinamo will be pretty much motivated as the side from Tatarstan suffered its only defeat in the competition to SCHWERINER SC as these teams had crossed their ways in the first leg of the prelims.

This past October 24 Dinamo KAZAN sensationally lost 2:3 in Germany and after that game the players around team captain Maria Borisenko confirmed they had underestimated their opponent. “We want to take our revenge and demonstrate that this defeat was practically and solely our fault” says Dinamo KAZAN setter Evgeniya Startseva.

Anne Buijs, the daughter of head coach Teun, had paced SCHWERINER SC in that match but she hasn’t played since then while Tatyana Kosheleva is still out – also due to injury – for Dinamo.

“It will be very difficult to win the Champions League without Tatyana” says US American outside hitter Jordan Larson-Burbach. “The doctors are doing their best to speed up her recovery and I am sure we can achieve great results with Tatyana included in our starting six” she adds.

Dinamo KAZAN still has an immaculate record in the national league after scoring two 3:1 wins over Dinamo MOSCOW even though the Tatars were missing middle blocker Heather Bown who may not be able to join also the upcoming fixture with SCHWERINER SC.
After failing to make it to the Playoffs last year, SCHWERINER SC has achieved that feat this season beating at least once every opponent included in Pool E as the side is being marshaled by the MVP of the Bundesliga, setter Denise Hanke.

ITA M: Verona and Trentino in their 20th game

Uses and Benefits of an Exercise Disc Balance Cushion

VELUX Group to be title sponsor of...