The Czechs of Jihostroj CESKE BUDEJOVICE caused quite a sensation on Wednesday as they edged BERLIN Recycling Volleys 3:1 (21-25, 25-17, 25-23, and 25-23) to claim their second win in Pool B and round out their campaign with an excellent performance. This and other volleyball news read on Worldofvolley.com. 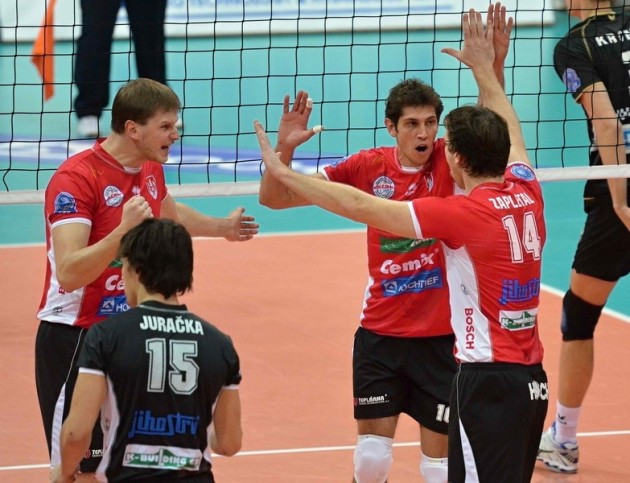 Even though middle blocker Radek Mach had not fully recovered from his ankle injury, he still joined the game right from the start. The goal of Jihostroj was clear: to score a home win also to please the 1’700 fans that had got together tonight to cheer on the Czech national champions.

“We managed to play as we wanted to and I am particularly happy because we have defeated one of the strongest teams in Europe” says Jihostroj head coach Jan Svoboda.

“We are just overwhelmed and I do hope our fans enjoyed the game tonight” adds Radek Mach. “I am sure that our experience from the past seasons helped us a lot”. Jihostroj was splendidly anchored by setter Petr Zapletal and even the defense of the Czech team was much more solid than in the previous clash played in Germany’s capital city.