Holyoke, USA, March 20, 2012 - The Volleyball Hall of Fame has announced the names of six volleyball legends who will be inducted as the Class of 2012 into its hallowed halls on October 20. 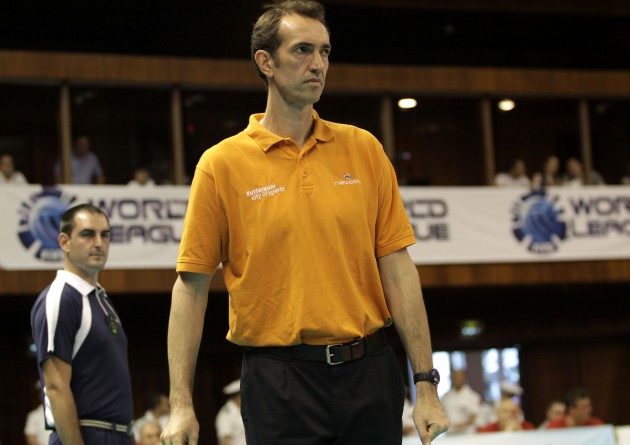 “This induction class honours the legends of the game through both diversity of gender and country representation. Peter Blange enters the Volleyball Hall of Fame as the first representative from the Netherlands, and this continues the Hall’s mission to showcase the international spectrum being memorialized forever within its walls. Georgiy Mondzolevski and Lyudmila Buldakova of the old Soviet Union represent a positive anchor to the history of our sport while being part of formidable teams. Mauricio Lima bridges Brazil’s early success in the 1990s to the start of its current run of dominance at the start of this century. Both Jeff Stork and Mike Dodd are trailblazers in their own rights in establishing the United States as Olympic medal contenders in each quadrennial.”

The Volleyball Hall of Fame induction activities continue to grow in celebrating the accomplishments of the top volleyball players and leaders from around the world. Incorporated in 1978 it continues to create a more representative institution with inductees of both genders and disciplines – indoor volleyball and beach volleyball – coming from a wide range of countries.

“Volleyball is truly a global sport, not only with its six countries representing the 2011 inductees, but the almost 220-plus national federations associated with the FIVB making our international federation the largest sports body in the world,” Beal added.

The induction festivities include a VIP reception on Friday, October 19, at Wistariahurst Museum, followed by a public “Meet & Greet” on Saturday, October 20, with the formal Enshrinement Dinner and Ceremony taking place in the evening.

Peter Blange (Netherlands) – MALE INDOOR PLAYER
Peter Blange represented the Netherlands in four consecutive Olympic Games from 1988 to 2000. He helped his squad to the 1992 Olympic Games silver medal in 1992, then followed that up with the gold medal at the 1996 Olympic Games with a five-set victory over Italy in the title match. During the 2000 season, Blange broke the world record for most international volleyball matches played (463 by compatriot Ron Zwerver) before going on to finishing his career with over 500 total caps. After his playing career, Blange accepted the role as coach for the Dutch men’s team.

Mike Dodd (USA) – MALE BEACH VOLLEYBALL PLAYER
Mike Dodd enjoyed an 18-year beach volleyball career that included winning the silver medal with partner Mike Whitmarsh at the inaugural Olympic Games for beach volleyball in 1996. He captured 75 titles during his career, including three of the 14 FIVB events he competed. Dodd is a 2000 inductee into the California Beach Volleyball Association Hall of Fame.

Mauricio Lima (Brazil) – MALE INDOOR PLAYER
Mauricio Lima is one of only two athletes to compete in five Olympic Games volleyball tournaments, matching a record also held by Italy’s Andrea Giani, who was inducted into the Volleyball Hall of Fame in 2008. Lima earned Olympic Games gold medals after helping Brazil defeat Netherlands at the 1992 Olympic Games and Italy at the 2004 Olympic Games. He was named the Best Setter in the 2002 FIVB Volleyball Men’s World Championship and the 1993 FIVB Volleyball World League. Overall, Brazil won five World League titles, the 2002 FIVB World Championship and the 2003 FIVB World Cup with Lima on the roster.

Jeff Stork (USA) – MALE INDOOR PLAYER
Jeff Stork was the starting setter for the United States during its gold-medal performance at the 1988 Olympic Games. He followed that up with the bronze medal at the 1992 Olympic Games and competed in the 1996 Olympics. Stork helped the US dominate the international scene in the 1980s with gold medals at the 1985 NORCECA Championship, the 1985 FIVB World Cup, the 1986 FIVB Volleyball Men’s World Championship, the 1987 Savvin Cup and the 1987 Pan American Games. He played a number of years in Italy and was named the Italian Serie A most valuable player in 1993 while setting for Mediolanum. Stork was selected to USA Volleyball’s All-Era Team for the 1978-2002 time period.

First IRCC of 2012 gets underway in Turkey