Both FIVB World Championships in 2006 took place in one country - as they had in 1998 - and Japan was again the host country. The tournaments saw tens of thousands of enthusiastic spectators, passionate about their volleyball, flock to the matches from October 31 to December 3, with the finals in Osaka and Tokyo. 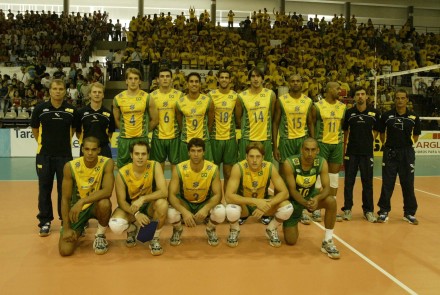 Top all-rounder Lioubov Sokolova and prolific scorer Ekaterina Gamova, in particular, prevented total Brazilian domination during the days in Japan. The South American ball sorceresses had swept through the tournament like a hurricane with their fast-paced attacking game, defeating Russia 3-1 in the intermediate round and the Serbs, who went on to finish third, 3-1 in the semifinal.

In the final, however, the Russians, led by Sokolova, held their nerve best and clinched a dramatic 3-2 victory courtesy of their powerful attacking play. Celebrations knew no bounds after their first title since the fall of the Soviet Union, who last won the title back in 1990. “We have made history,” said Sokolova. Russia had already dethroned defending champions Italy in the semifinal. The hosts of this year’s FIVB Women’s World Championship, which gets underway in a month’s time, left empty handed after losing 0-3 to Serbia in the third/fourth place playoff.

Serbia and Montenegro were defeated 3-1 in the semifinal, before the Brazilians brushed aside surprise package Poland 3-0 in the final,  to the sound of samba drums. The Poles’ sensational progress to the final represented their greatest success since their only World Championship title in 1974. The man voted the best setter of the tournament was Poland’s Pawel Zagumny. The hosts of this year’s World Championship, which kicks off in a matter of days, did not suffer a single defeat on their way to the final, and could list the likes of Russia and Serbia and Montenegro among the teams they defeated. Bronze went to Bulgaria and their star attacker Matey Kazyiski, who defeated Serbia and Montenegro 3-1.

How important is good service?

PHOTO OF THE DAY: Happy Easter by...