How important is good service? 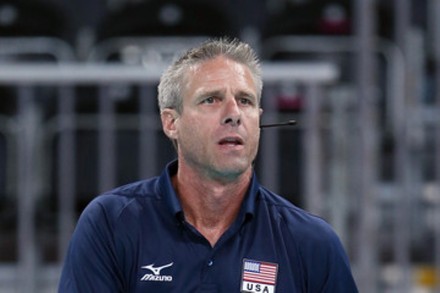 I’ve mentioned more than a few times in this blog how important it is for volleyball players to become steady, dependable passers. I have a similar view of serving.

Serving and passing are the two skills that the USA Women’s National Volleyball Team works on every day in practice – without exception. And there’s a good reason for that. We strive to master passing so we can run our offense the way we want to run it, and we strive to master serving so we can take our opponents out of the offense they want to run. Both are critically important to success in volleyball.

Let me say this right away: Our focus on serving well doesn’t mean we’re trying to serve aces. There are too many good passers out there for us to realistically expect to produce aces on a regular basis. Instead, we’re looking for a tough serve that gets the other team out of system but nearly always goes in. That may not have the wow factor of an ace, but over the long haul, it produces great results.

When I say we are looking for serves that “nearly always” go in, I’m not exaggerating. At the Olympics in London, where we won the silver medal, our team served in more than 94 percent of the time. Our opponents’ serve percentage was around 90. That’s a significant difference during the course of a tournament, and it’s a huge advantage.

Emphasizing the importance of high service percentage doesn’t mean we want our players to lollypop the ball over the net just to keep it in. Not even close. We believe in tough serves, but we also believe that we can serve tough and serve accurately. So finding the ideal balance between ‘tough’ and ‘in’ is one of our biggest goals.

How do we do that? Well, we have players take a hands-on approach. In some of our serving drills, we use radar guns to chart the speed of the serve. This isn’t high-tech. Any club or high school team can do it, and radar guns aren’t particularly expensive. Players serve, then are given the speed of the serve from whoever is operating the radar gun – this can be a coach, a player, someone’s brother or sister – and the player writes his or her score on a white board. The score includes the speed of the serve, whether they hit the zone they were aiming for and, sometimes, how much movement was on the serve.

All of this is an effort to make the players more aware of how they are serving and how hard they can hit the ball while still keeping it in and directing it to the targeted zone. Once the numbers have been crunched and the sweet-spot speed has been determined, our next goal is to make sure players are able to hit the same serve in a six-on-six scrimmage as they are in a drill. Frequently, the speed of a player’s serve will drop three or four miles an hour when they get in a game-like situation, and we don’t want that. We want them to hit the same serve in a game that they hit in a drill an hour earlier. And we also want them to hit the same serve at 14-all as they hit at 0-0.

The final point I want to make is that serving is a great way to set the tone for a match. If your team excels at delivering tough, consistent serves, the players on the other side of the net will have a lot to worry about and will have to be reactive rather than proactive. That means your team can dictate the terms of the match, and that’s a big step toward getting a “W.”

TOO SEXY! Players from University of Birmingham...