What do sportspersons do after they retire? Perhaps the best way to project the potential futures of Phelps and Douglas is by reflecting on the post-retirement careers of the Olympic predecessors they most closely resemble: Mark Spitz and Mary Lou Retton. 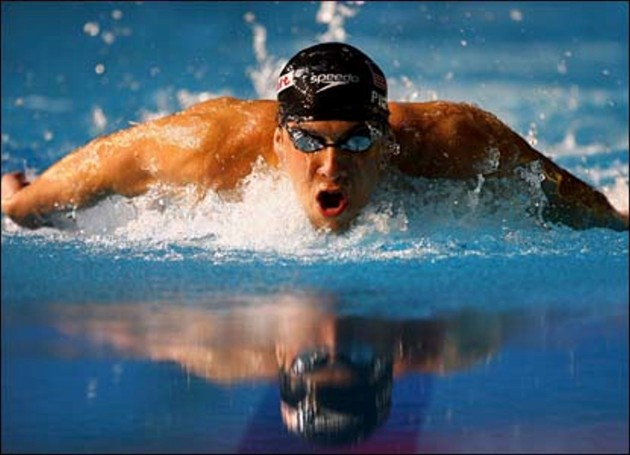 Take Michael Phelps, for example. Now that he’s done making a splash in London, the 18-time gold medalist says he’s hanging up his Speedos for good at the ripe old age of 27. Meanwhile, according to U.S. News & World Report, most elite gymnasts are retired by 19. That means America’s new sweetheart, 16-year-old gold medalist b, may already be an Olympic AARP member when the Rio Olympics rolls around in 2016.

Say that Phelps does stay retired following the London Games and that Douglas ends up following his lead into the “Old Athletes Home.” If so, what will America’s premier golden boy and golden girl – who would be considered youngsters in any profession besides Olympic sports – do with the rest of their lives?

After all, you can’t just pitch Subway sandwiches forever.

Perhaps the best way to project the potential futures of Phelps and Douglas is by reflecting on the post-retirement careers of the Olympic predecessors they most closely resemble: Mark Spitz and Mary Lou Retton.

Once upon a time, 1972 to be exact, Mark Spitz was Michael Phelps – with a sweet mustache. But following the Munich Games, during which he won a then-record seven golds in seven events, Spitz outraced even Phelps to the easy by chair when he retired from swimming competition at the age of just 22.

After returning from the Olympics, Spitz headed back to his native California where he began dating Suzy Weiner, a UCLA theater student and a part-time model. Coincidentally – or perhaps not – Phelps this week unveiled his new girlfriend, a 25-year-old part-time model and full-time Californian named Megan Rossee.

In the wake of his Olympic glory, Spitz landed several lucrative endorsement contracts, much like Phelps did after dominating Beijing four years ago. However, in ’72, Spitz also signed on with the William Morris Agency with the intent of diving headlong into the world of show business while his name was still hot.

His Hollywood foray, however, was more sink than swim. In his first two years away from the pool, Spitz appeared on episodes of “The Tonight Show” with Johnny Carson and “The Sonny Cher Comedy Hour”. In 1973, he also popped up during the Dean Martin Celebrity Roast of Ronald Reagan, who was then the governor of California.

Spitz’s acting highlight (if you can call it that), came when he made a guest appearance on the TV drama “Emergency!” by playing the role of Pete Barlow, a man who accidentally shoots his wife – who was played by Suzy, by then Spitz’s actual wife.

However, by 1976, with his acting career pretty much all wet, Spitz made the decision to return to the Olympics – as a commentator. He took a job with ABC Sports and worked on sports presentations, including the coverage of the 1976 Summer Olympics in Montreal and later the 1984 Summer Olympics in Los Angeles.

His broadcasting career continued into the mid-1980s before Spitz slipped off the public radar to focus on his real estate company in Beverly Hills. In 1992, at the age of 41, Spitz briefly came out of retirement to compete for a spot on the U.S. Swimming Team for the Barcelona Games. However, at the Olympic trials, he finished two seconds slower than the qualifying time.

These days, Spitz’s official website bills him as a corporate spokesperson and motivational speaker.

After she won an Olympic gold in the gymnastics all-around and captured America’s heart as a 16-year-old in 1984, Mary Lou Retton pursued a different path than Spitz chose. A devout Christian conservative, Retton became best known after the Los Angeles Games for her support of the Reagan Administration, appearing in a variety of TV ads supporting the president.

Like Spitz, Retton did nab loads of endorsement opportunities, including becoming the first female to appear on the front of a Wheaties box. Douglas already has a contract with Procter & Gamble to represent the overall brand, as well as products such as Olay and CoverGirl. Douglas also inked a cereal box deal with Kellogg’s contingent on her winning a gold, and now that she has experts she could be set to earn millions.

“She’s got a great personality, a great smile, a great backstory,” Jim Andrews, vice president of content strategy for the sponsorship, research and consulting firm IEG told Advertising Age last week “I think she’ll be at the top of the list for companies looking to do something with a U.S. Olympic athlete.”

Andrews, however, did tell Ad Age that Douglas is unlikely to reach the sponsorship saturation of Retton as companies and athletes today are “a little bit more judicious in what deals they do” in order to avoid over-exposure.

However, Marc Ganis, president of the sports-business consulting firm SportsCorp, said if Douglas does compete in 2016 she could approach the endorsement levels of someone like Phelps.

Like Spitz, Retton’s post-Olympics path did include brief forays into show business, although those didn’t come until well after the Games. In 1988, she had a cameo appearance as herself in the film “Scrooged” and followed that up with another cameo in the 1994 flick “Naked Gun 33⅓: The Final Insult”. In 1993, Retton also appeared in an episode of “Baywatch”, and last summer she fell out of a piñata in a commercial for Dairy Queen.

These days, Retton works as a paid spokesperson for Biomet and Pfizer and appears to be doing just fine for herself. Same goes for Spitz, who in 2009 said about his post-Olympic earnings, “A million dollars in 1972 would be equivalent to more than $10 million today.”

“I did very well, thank you very much. I would say I was a pioneer. There wasn’t anyone who’d gone to the Olympics before me who capitalized the same way on opportunity. It depends on timing, it depends on hype, it depends on the economy, and most importantly, it depends on looks. I mean, I’ve never seen a magazine of uglies. That’s our society. I’m not saying it’s right. That’s just the facts.”

The post-Olympics facts for Phelps and Douglas remain to be seen. But, just in case, it’s probably wise to prepare for a lot of commercial appearances – and a few goofy acting cameos.

ITA M: A1 statistics after fifth round