The center Andrew William Hein will join his first team until the end of the season. 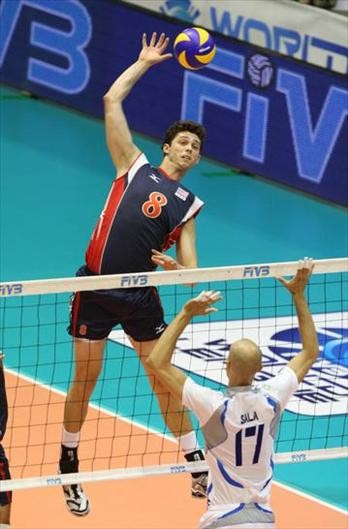 After the injury of Luka Suljagic, Fidia Padua was looking for a center to make up for this absence in the upcoming league games. This year, after dealing with the regular season and the CEV Cup with Lausanne in Switzerland, “Andy” Hein had come to Latina for about a month to train with the team of the coach Prandi. The player has never played a challenge in the Italian league.

Stefano Santuz :“Precisely for this reason we hope that he will be available already for the challenge on Sunday, March 18. The player has a good physical and technical qualities, and certainly will help us a lot.”

Andy Hein began his career in Pepperdine University since 2003 and joined the U.S. national selection, which won in 2008 Pan American Cup. He won the silver in 2007 in Pan American Games and two bronze medals in the World University Games in 2005 and 2007. He participated in two World Cups in 2009 and 2010. His first experience abroad was in Tomis Constanta (Romania), playing in 2007/08 the CEV Cup. Then he played in Puerto Rico in 2009/10 with Chargos di Naranjito. In 2010/11 he was transfered to Lamia in Greece (CEV cup) and the same year in March to Yaroslavich Yaroslavl in Russia.