For last two seasons the star Osmany Juantorena was playing for Trento. 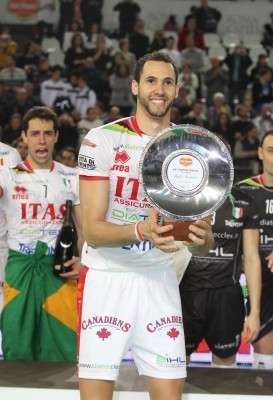 Today the President of the club Trentino, Diego Mosna, commented on the next season of Junatorena in Russia.

“Today Osmany has announced his decision not to wear the shirt of Trentino Volley during the next season, the choice that took me by surprise and for which I am very disappointed.
I am allowed on behalf of the entire team and all the fans to talk about what Juantorena has done for the team in recent years in Trento.
Osmany told me that he will not play against Trentino Volley and that decided to choose a major opportunity playing abroad. The doors of Trentino Volley will always be open for his return and this I would tell him in person. “