The national team of Bulgaria lost against Germany 1-3 in the semifinal match of the qualifying tournament for the Olympic Games. Therefore, the players led by Stoychev, lost the first chance to get the tickets for London. The defeat of Bulgarians in Sofia infuriated the local officials who seriously consider the immediate resignation of Radostin Stoychev. 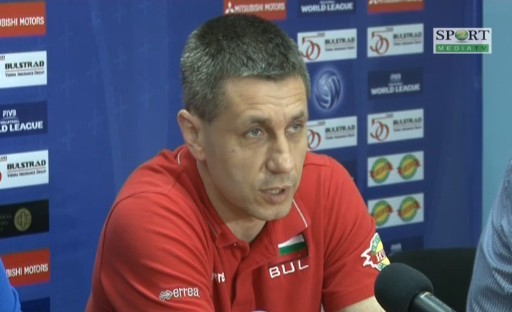 “Stoychev will get a chance to explain his failure. If he manages to defend his own rights and rationally explain why his team played so bad in the semifinal against Germany, perhaps he will keep the job. The volleyball players will also give their opinion. Until we hear both sides, we will not make any decision, “ said Stefanov.

Another member of the Bulgarian Federation, Ljubo Ganev, stated that Stoychev made serious mistakes during the match against Germans and should suffer the most severe consequences. “The coach of the national team should not only have the understanding for his players, but should also be able to motivate them, “ he said.

Silvano Prandi, who watched the semifinal match on Saturday, was invited to negotiate with the federation. The italian coach was leading the national team of  Bulgaria from 2008 to 2010. In 2009 he led the team that won a bronze medal in the European Championship. The Bulgarian media claims that there is 99% possibility that Prandi will again be the coach of Bulgaria.