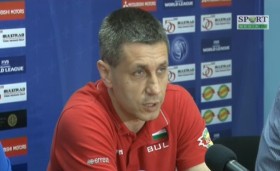 Several thousand Bulgarian volleyball fans signed an online petition against the Bulgarian Volleyball Federation, stating that stating that Stoychev‘s dismissal was humiliating and that the move would deal a serious blow to the team’s efforts to qualify for the Olympic Games.

Star Matey Kaziyski said he would quit the team, as the federation did not take into consideration his views of Stoychev‘s potential dismissal. Several of his teammates also protested the decision.

“The Prime Minister ordered (me) to ask the federation to keep Radostin Stoychev as coach until the Olympic Games,” Neykov said after the meeting.

However, Stoychev has commented that his comeback would be unlikely.