Radostin Stoychev, the sacked coach of Bulgaria's national male volleyball team, has said that he would not come back to head the team, despite Prime Minister Boyko Borisov's demand to see him reinstated. 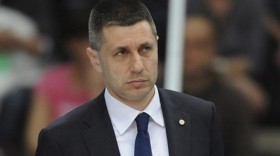 “The situation is currently unbearable and I will not come back to the national team,” Stoychev declared on Wednesday.

The general public and several key national team players have criticized the Bulgarian Volleyball Federation for its decision to fire Stoychev, who learned about his own dismissal from the media. Star Matey Kaziyski said he considered quitting the team.

On Tuesday, Italian Silvano Prandi declined the invitation to become head coach of the national team, explaining that he does not believe the federation can cooperate with him in a proper manner.