Aleksey Spiridonov “Spirik“ is a unique figure in the world Volleyball. Still, most would say that he crossed the line of good taste in his comments a long time ago. 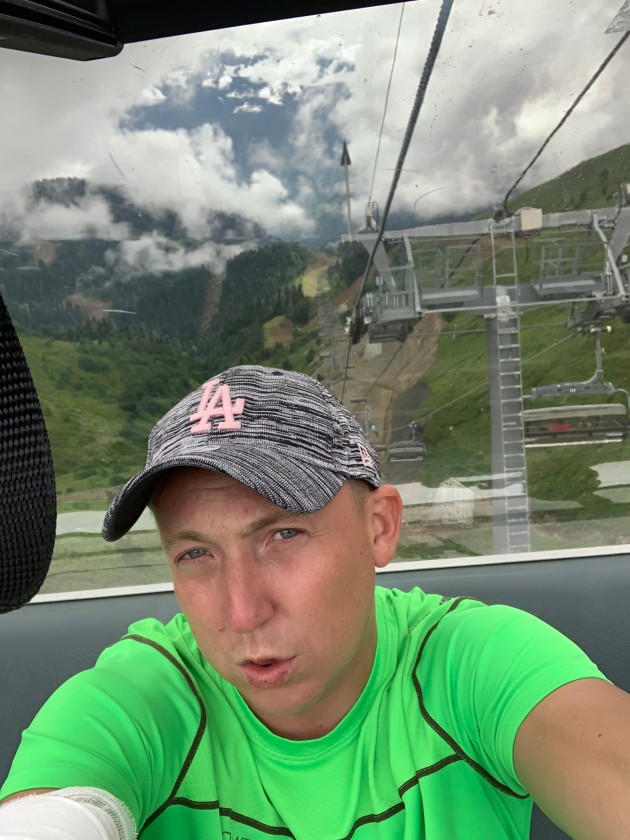 A former Russia national team member Spridonov is well known by posting comments on social media on various topics but when it comes to Volleyball, his main target were Polish players and teams to which he often addressed with vulgar words. And that is how it has been since many years ago

His latest pick was Poland national team captain Karol Kłos. Spridonov wrote under Kłos’ tweet, in which he celebrated the bronze medal in the 2019 FIVB Nations League, with “Polish whore“ in the Polish language. Someone responded to the Russian with “Ask your grandfather how he escaped in 1920“ to which Spirik wrote “My grandfather f….. your Poland.“ 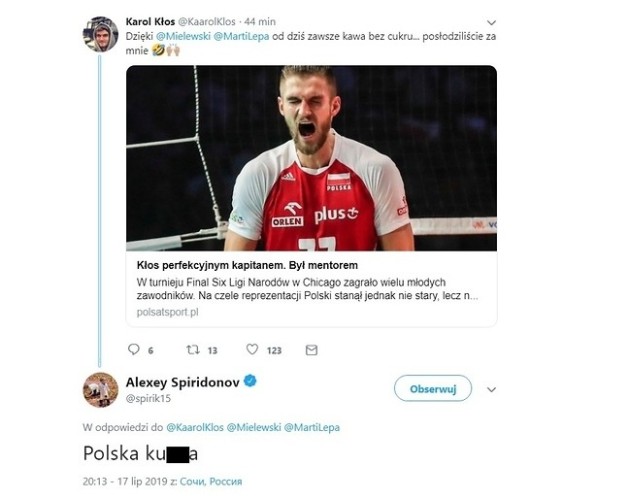 The Polish Federation (PZPS) reacted quickly and issued a note regarding Spirik’s tweets.

“Due to the insulting words of the player Aleksey Spiridonova that he posted on his Twitter profile, the President of PZPS Jacek Kasprzyk decided to file motions for disciplinary action against him to the appropriate structures of the FIVB and Russian Volleyball Federation,“ PZPS said.

Poland national team star Michał Kubiak recently had a similar kind of public outburst when he insulted an Iranian nation and Iranian Volleyball in an interview for one media in his country. He history of confrontations with Iranian players, both while playing for the national team and on a club level, is well-known. For his words in an interview, Kubiak was suspended for 6 matches in the 2019 FIVB Nations League by his native federation. The International Volleyball Federation (FIVB) only confirmed the punishment.

Spiridonov vs. Polish Volleyball battle started in the 2014 FIVB World Championship when Spirik criticized the Polish politician Marek Matuszewski, celebrated a point that he won for Russia in one match in the above-mentioned tournament by making a gesture of shooting a gun at Polish fans, calling Poles “a rotten nation“ soon afterwards. Also, 3 years ago, Spiridonov and Polish middle blocker Andrzej Wrona had a harsh argument on Twitter.

Spiridonov should have been excluded from volleyball familly long time ago , there is no room for people like him