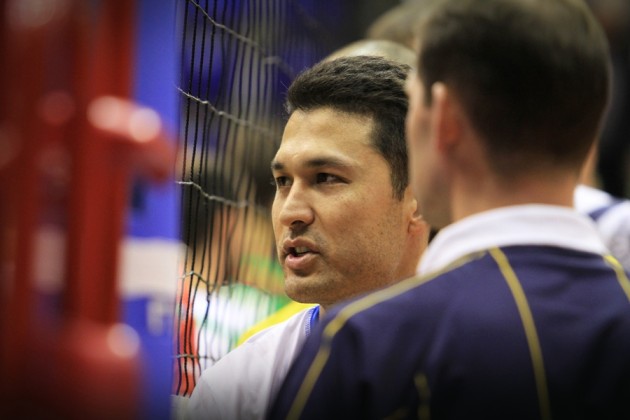 – How is you Russian language advancing Marlon?

– When I realized that I will spend the next season in Russia, I bought Russian books at once. I have a huge Russian-Portuguese and Portuguese-Russian dictionary. I have a great teacher here in Russia!

– Marlon, who will win the Cup of Russia?

– In my opinion, Zenit Kazan should win. They are prepared. Perhaps it would be Novosibirsk, I see this as the final.

– What do you think of “Belogorie”?

– Belgorod – a good team, but I do not think they can claim victory. That they can prevent Kazan or Novosibirsk.

– Russian Super League – the strongest championship in the world?

– Yes. I knew, of course about the power of the Russian Championship, when I came here. Russian championship is stronger than the Italian, in which I played a couple of years ago.

– This is due to the financial crisis in Italy, and, accordingly, in the Italian volleyball?

– Yes, most likely. The best players are leaving the Apennines in search of a better life. It is hard now, yeah.

– Is this the case in the Brazilian championship?

– Well, no, in Brazil were all right. We have quite a strong championship. In Brazil, there are traditionally a lot of new great players.

– Yes, I really, really like it! Even the cold weather was not very frightening. Although … it is disagreeable to a man accustomed to the tropical climate in his native country.

– What is the reason for the high popularity of volleyball in Brazil?

– Well, first, it is of course the success of our national team. Second, it is an excellent organization of our club championship.

– How did you start playing volleyball?

– I started when I was eight years old, left home at thirteen. It was so hard for my mom, she was terribly worried. I was so young, and left my home. At 20, I became a professional player.

– And you’ve got a sports family? Mother, father – they played sports?

– Yes, my dad was a football player. So all the time I was with the ball. My earliest memories – dad throws me the ball, and I’m trying to catch it.

– Yes, it is the Japanese. My grandfather, my mother’s father – a Japanese. By the way, my third name – Syrian, because my dad was half Syrian.

– So you have mixed bloods …

– Yes (laughs). You know, for Brazil it is common.

– Good question. You know, yes, I have had problems with Rezende.

– What do you do in your spare time?

– I love to read. I love books. I read a series about the lives of great men. Indira Gandhi, Louis Armstrong … I love jazz. I love to read coaches’ books. I like to learn something from the people who were outstanding athletes, then became great coaches.

– Your teammates in Krasnodar love you.

ITA M: Stoytchev impressions after the victory over Perugia

INTERVIEW: Ramazan Yildirim – “We are aiming...