Top Posts
CAVB W: Nigeria head coach threatened with death...
FIVB: All participants of the 2022 Women’s World...
JPN M: Nakagaichi resigns as head coach
CEV CL W: Olympiacos started the Champions League...
SRB M: Atanasijević – “We have to look...
POL M: Heynen to change course of his...
FIVB: All participants of the Men’s World Championship...
CRO: Leo Andric – “I am satisfied with...
DOM W: Rivera retires from national team after...
NED M: Plak explains why he was excluded...
Home » INTERVIEW: Paris President Jelić for WoV – “If you spend more money than you really can, it’s a problem”
FranceInterviews

INTERVIEW: Paris President Jelić for WoV – “If you spend more money than you really can, it’s a problem”

The giants of the French Men’s Volleyball, Paris Volley, have fallen a year ago. And it was not due to poor results but due to financial irregularities. The nine-time French champions and one-time CEV Champions League winners were kicked out to the second division. The name of their savior is Vladan Jelić, who volunteered to be Paris’ new President and return the club to the old paths of glory. 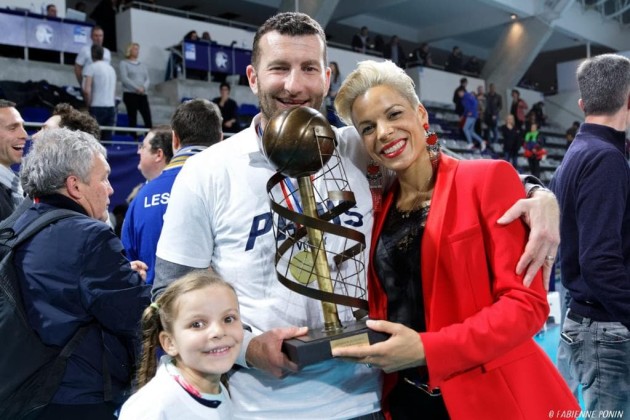 Jelić, the businessman of Serbian origin, is the owner of the two breweries in the French capital of Paris. He is passionate about sports but Volleyball has never been in the spotlight of his interests. Nevertheless, Jelić simply could not see the club that is the pride of the city in which he lives to disappear. And it could have easily happened due to financial mismanagement. He wanted to help the Volleyball both in Paris and in the country.

Given that you did not have anything to do with Volleyball earlier, how did you become the President of Paris Volley?

“It was really by chance. I learned about the problems of Paris Volley through the media. When I went to watch the match between France and Serbia in September, I met the club President Michel Rougeyron. Actually, the manager George Matijašević introduced me with him. At that moment, Rougeyron was in great trouble, he was lucky that we were there at the right time. But he, kind of, evoked luck. He was making statements which evoked luck.”

At the time when you became the President of the club, the debt was even higher than previously thought. Instead of €300,000, it was €750,000 which is quite a lot of money when we speak about volleyball. What were your first steps in resolving the crisis?

“The first step was that we had to pay for participation in the league and we paid it because it was urgent. Later we paid salaries to the players. What remained were social security insurance contributions. We didn’t know the exact debt so we had to do a procedure to determine it. Then, there were debts for renting the hall of €150,000. There were no debts to sponsors because the club operates under the auspices of the municipality of Paris.”

How much did the fundraising action, launched by the renowned coach and also the former Paris Volley player Stéphane Antiga, and in which many former members of the club took part as investors, mean to the club?

“These guys took part: Nikola Gjorgiev, Nicholas and Glenn Hoag, Nikola Kovačević, Samuel Tuia, and Michał Kubiak. It meant a lot, it was a turning point. The club would have gone bankrupt and it would be terrible both for Paris and for the French Volleyball.”

How did the employees in the club and fans react when the relegation to the lower rank became official?

“The fans are great. We have a great relationship with them and they accepted the whole situation properly. They cheered for us throughout the entire season, we had great support. They filled the stands several times, which is rare in the second division. As for the employees in the club, they needed some time to adapt. Since the goal was to return to the top division and we made it, everyone is happy now. We made a good squad for playing the top division.”

Knowing that this was the second time in the club history that Paris was relegated due to bad business, the first time it happened in 2007, how to prevent the club from finding itself in that situation again in the future?

“We always need to renew our contracts, to professionalize the club, to bring in new partners. If you spend a lot of money, if you spend more than you really can, then that’s a problem. We have to operate rationally, just like in any other company.” 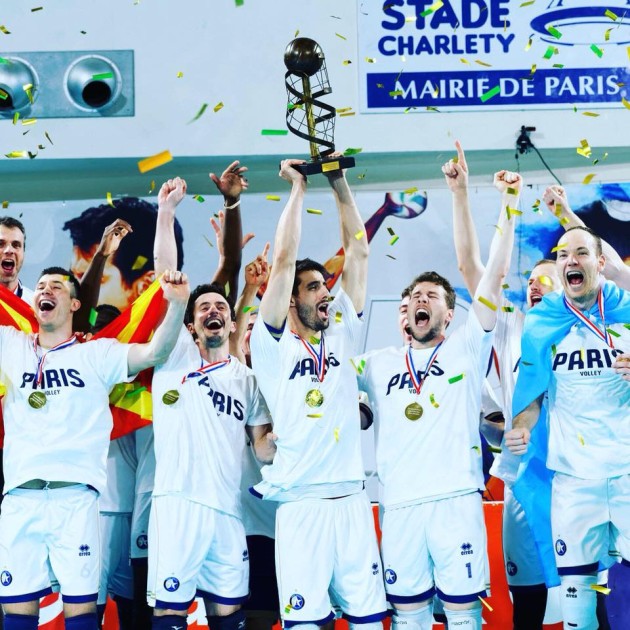 By winning the second division, i.e. Ligue B, Paris will again compete with the best teams in France. What result would make you satisfied at the end of the season?

“Advancing to the playoffs would make me satisfied, being among the best 8 teams in the league. And then, in the playoffs, you never know, everything starts from scratch, it’s practically a new tournament. We felt that last season. The playoff semifinal and final were much more difficult for us compared to the regular season which we won rather easy.”

Is the transfer window still open to Paris or did you finish signing players for the next season?

“We will complete the roster by signing Dutchman Robin Overbeeke from Nice, Brazilian Kadu from Vibo Valentia, and Japanese Tatsuya Fukuzawa from Panasonic Panthers. The coaching staff will remain the same which means that Dorian Rougeyron, the son of a former President, will lead the team.”