INTERVIEW: Nikola Matijašević for WoV – “Rennes President invests a lot of his personal funds, which is fantastic for volleyball“

Rennes are having a remarkable season in strong French Men’s Volleyball Championship so far. Seven wins in a row placed them at the top of the charts of the 2019/20 Ligue Masculine regular season. And when a club has good results, the players all always most deserving of that. However, in the case of Rennes, a coach has a lot to do with it as well. 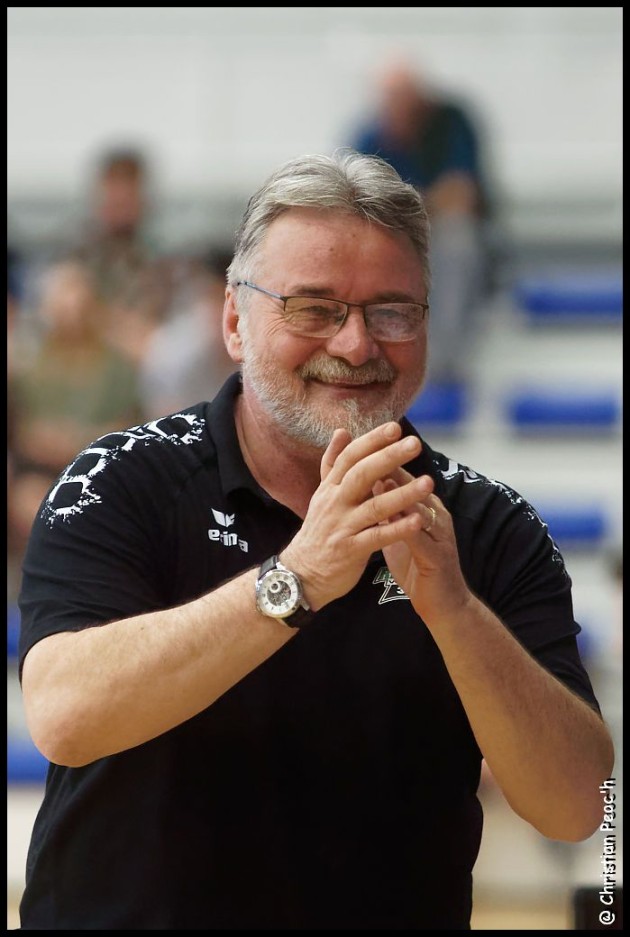 Serbian expert Nikola Matijašević collected as many as 15 years of working in French volleyball and if anyone knows how to arrange things on a team so it can fight for the title, that’s him. After having a busy summer with North Macedonia Men’s National Team at the EuroVolley, an experienced coach is commanding Rennes in their nearly perfect season for now.

Did you expect to be at the top of the charts with seven wins in a row and no defeats in the league? Your team has already made a solid gap in relation to the closest followers in the standings…

“We composed an excellent, balanced roster, which wasn’t the case last season. This season I brought in three outside hitters so that I can combine them. Serbian Mijailović is currently injured but will be back soon. That’s why the Spaniard Delgado had to step in, so we managed to solve this unfortunate situation. Everything’s going well, I’m pleased. My idea was to compose a team of players who have good service and now I have five players with a jump serve of which three or four can really disturb rival’s reception if they have their day. Things could hardly be better than they are now and I hope it will last. However, we have just started to play the Challenge Cup, too, so it will be an exhausting season.“

How do you like the way things work in the club? It seems that the president wants to place Rennes on the very top of the volleyball in France in terms of organization and budget.

“The President of the club is Brice Chambourg and he took over the post last year. He built a truly good organization, giving me absolute freedom in choosing players. He simply put the budget at my disposal to compose the roster, which has simplified things and is highly rare in French volleyball. Usually, a team of scouts is pretty much involved in the process of hiring players. Secondly, the team doctor Marc Quemener composed great medical staff in which we have two osteopaths and there’s one who is a professor of physical therapy and he brings his best students to practice. There are two young men who organize trips and are always at the disposal of the players. All this was possible because Mr. Chambourg invests a lot of his personal funds, which is a unique case in France and which is fantastic for volleyball. There aren’t many Presidents in France who put their personal funds in order to help a team grow, and this is remarkable in the case of Rennes!“

It seems that Rennes have a balanced squad in terms that always someone else pulls the team forward. Sometimes it’s the Czech Kamil Baránek, sometimes it’s Brazilian Rafael Araújo. How important is it for the coach to have two or three players to rely on at any moment?

“Of course, it’s important because it is well-known that most points in volleyball come from an attack. Yes, service is also important to break the opponent’s game but the attack brings most of the points. We have two good players in zone 4: Baránek, who can always convert even the most difficult points and who is good on high balls, and Araújo, who is in the back. So, our setter can turn to them in difficult moments. One more Brazilian, the middle blocker Leandro ‘Aracajú’, has an important role. He’s an exquisite attacker who can bring many points on the net when we serve well. Also, I think that a huge reason for the way we play at the moment is the libero Santucci, who came this summer. He’s the engine of this team, excellent in defense.“

Knowing that some part of the season has passed, how do you see the ultimate reaches of Rennes both in the home league and in Europe?

“We set a goal to be better than last season, which means to be ranked higher than fourth place. I think that, along with Chaumont, we are the main rivals for the title to Tours, who is the favorite number one for many reasons. There’s some internal spirit in the team that we can make big things. Of course, when play-off starts it’s a totally different competition. As for the Challenge Cup, our goal is to reach at least quarter-finals. Then, it will be up to the draw and rivals we will get.“

OH-LA-LA! Ngapeth enjoys while commenting his own...