Polish two-time champion talks about moving to a new club and the aspirations for the forthcoming competitions. 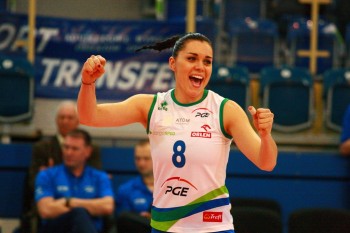 After leaving Atom Trefl Sopot, the first challenge for Dorota will be Universiade 2013. The Yeltsin Cup was a kind of tough for us. “I think that generally was good, but there were a lot of errors”, says at the beginning of the season Polish representative.

‘’I hope that at Universiade we will play better and that we will come with a medal”– declares 25 years old athlete, for whom this will be the second time in this type of competition. During the Universiade in 2011, Dorota’s team took fifth place.

Regarding her moving to another club, Dorota Wilk says: “I wanted to play closer to home, since I was born in Mielec.” Dorota Wilk will be a new setter for the team Bielsko Biala from Podbeskidzia. “Bielsko has its own traditions, has always been at the forefront”, Dorota Wilk adds.

Dorota Wilk doesn’t hide that this would be a great challenge for her. “It has been easy to play with the girls for a few years since I have already known them. Now, this would be again a new thing to me as I have never played with anyone of them”, says two-time champion of Poland, who is looking forward to upcoming event.