A recent article about the unjust action of one volleyball club against the Canadian Men’s National Team member Christopher Voth which occurred only because of his sexual orientation drew a lot of attention from our readers. So, we contacted the athlete to hear his standpoint regarding this. 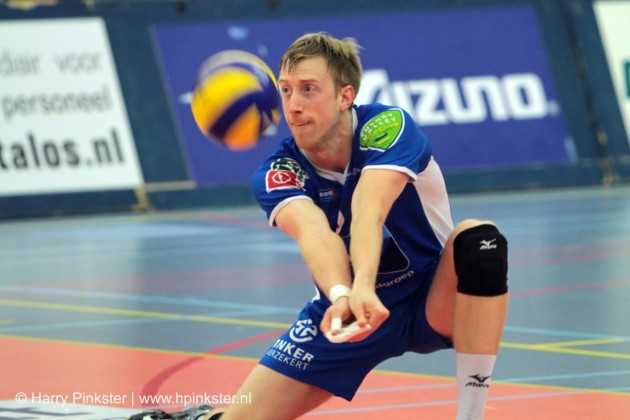 At the beginning of an interview, Voth, who was the first openly gay national athlete from Canada, stressed that he did not want to disclose the team or the country where his contract was retracted. The major reason why he wanted to avoid to name the “guilty party” is that his intention was not to get back at them. Voth emphasized that discrimination took place in the club, but it was definitely not the only place where it occurs in volleyball today.

How difficult was to reveal your sexual orientation and what were your thoughts about what is going to happen afterward?

„The toughest part of my coming out was at the very beginning. I only told a couple of close friends and eventually started telling more and more people. It was stressful when others would ‘out’ me, but eventually, I got to the point where I was comfortable with telling people. In January 2014 (so almost 3 years now) I had an article come out. I felt that it would have been easier to come out sooner if I had a role model that I could look up to. There were other athletes coming out at that time, but none were volleyball players or Canadian. So I didn’t really relate to the ones that were coming out, especially because most were just retiring or already retired. I felt that it would be easier for others to come out if I set an example, hence the article. Before that article came out, I was nervous that it would result in the negative reaction. I didn’t think that it would receive as much attention as it did. It had over 15,000 shares on Facebook alone, not to mention the articles that came after. It got a lot more attention than I thought it would and the response was 100% positive. There were some comments that were taken off the newspaper website, but I don’t know what they said. The experience was incredibly humbling. I couldn’t have imagined it going better. What got me through the situation was that I knew it wasn’t about me coming out. Anything negative would be only towards me, but if I could help one person it would be worth it. The response I got was amazing and I received messages from people around the world telling me how I inspired them, even changed their lives. Mission completed and exceeded,” Voth began his story.

Are you proud to be the first openly gay national athlete from Canada?

“I am incredibly proud to be the first openly gay national athlete from Canada. I felt at first that it added pressure because I knew that there were more people following. Now I just see it as motivating. When I hear from people online that I’ve helped or inspired, I feel a great sense of pride. Of course, like I said, the goal wasn’t to be the first or famous or anything like that. I wanted to contribute to the journey of acceptance in the sport for everyone.”

Which obstacles did you bump at in your career or personal life since the moment you came out as gay, or even before that?

“In my personal life, most of the problems were only in my own head. I would always imagine the worst when thinking about the consequences of coming out to people. Then when I finally would, it wouldn’t be anything like I thought. I was fortunate enough to not have any real negative consequences in my personal life, everyone has been quite supportive. I was most worried about coming out to my parents, but they are very accepting now! Of course in my career, it wasn’t as easy. With that being said, it wasn’t bad either. I grew up playing with the same group of guys for most of my life and they were my best friends. So when I came out to them, I pretty much came out to my team also. There was a period where both sides felt weird about the situation but that passed quickly. There was only the one team that officially blamed my sexuality for pulling the offer from me, but I suspect there were others and they just didn’t give a reason. I think this because in the article my agent, Steve Welch, said that it was uncommon to be talking to a team and then they just stop responding randomly. My goal was to be a leader and hopefully create change in the sports culture, so when it actually backfired and cost me a good contract, I was upset.”

How did your club and teammates in The Netherlands and in the Canadian National Team react when you came out?

“I came out before going to The Netherlands and playing for Lycurgus, but when I arrived I wasn’t sure if they knew or not. It was also my first time playing abroad and I didn’t know anyone, so it was just another thing to be worried about. They were really cool about it, of course, and now a lot of those guys are also in my close group of friends. Finland is a similar situation. I have only been here a couple of weeks, but everyone is really accepting. Before coming here, I had gotten word from a professional Finnish women’s hockey player (Venla Hovi), who is also gay, that the Finnish people are very accepting. That’s why I was really happy when Lakkapää contacted me. The national team has been nothing but supportive. I sat down with coach Vince Pichette before the article in 2014 came out ensuring that it would be okay. He told me that Volleyball Canada supports all of its athletes 100%. It was a load off my shoulders to hear that. Back then, I wasn’t sure what the consequences of coming out would be, but that helped put my mind at ease. Volleyball Canada has helped me so much in my career and I really owe them everything I’ve accomplished.”

What’s it like to be gay in volleyball in general? Do you know more players of that sexual orientation and how they handle their problems?

“Well, I’m not sure how to answer that haha. When I’m playing volleyball, being gay isn’t a factor for me. I’ve trained to play in the moment, focusing on what I need to do next. When I step on that court, like with any other athlete, it’s business time and anything happening outside that area doesn’t come into play. I know quite a few other gay volleyball players, most of whom keep it a secret. Despite my intention being to change the sports culture by being vocal about it, it may have scared some people a little further in the closet. Before I came out, it was just a fear to lose a contract but I made it a reality for some. There’s still a lot of room for growth and I hope to be leading the charge. Like I said, there’s no difference in me compared to anyone else on the court, so sexuality shouldn’t be a factor. The fact that there are others who won’t come out, out of fear that it will hurt their careers is quite disappointing. I feel it is one of those things that people think should happen (that if everyone came out then it wouldn’t be a factor anymore) but no one wants to jump first. However, let’s take it one step further, where you don’t need to come out. There’s no real reason for it. If we can change the cultural norms on stigmatizing sexuality differences then people can just live their lives without having to put a label on it. I don’t know if we can get there during my career, but hopefully, we can get a few steps closer to equality.”

“That was in response to why I’m not revealing the team or country’s name that pulled my offer. I don’t think it is appropriate to call out one team or an entire country when it is happening all over when athletes don’t feel safe coming out because they don’t want to jeopardize their careers. The ‘battle’ right now, I think, is to bring some attention to the problem. Years ago many athletes came out and it all seemed to be going well. After that, nothing really happened. We see at the Rio Olympics that only 1/4 of the ‘out’ athletes are men and none are in team sports (technically diving could be a team sport if they are in synchro but I’m referring to sports with many people on the field). That’s a huge red flag. Despite all of the attention that it received years ago, there still hasn’t been much change. A lot of that is because people assume that with all the out athletes, it’s all good now. But of course, it isn’t. There’s still a lot of room for growth and it is going to take a lot to get there. Personally, I am not an expert on the path to get to our final destination. There are many different strategies to getting to total acceptance, all of which have their pros and cons. By shedding some light on the situation, I hope to inspire people to begin the process. When my article came out earlier this year about having the contract pulled, some people messaged me about starting equality or acceptance training in sports seminars to help educate people. That is amazing! I never thought that I would be able to start something like that. I hope to continue to play volleyball and inspire others to join our mission,” the Canadian National Team member concluded.

Getting to know: Guillermo Gallardo