EXCLUSIVE FOR WoV: Abdelaziz – “I won’t be setter ever again; Coach of national team wasn’t happy”

How many times you can hear that volleyball players change position? It's really unlikely to happen. But, we have one example. It's Nimir AbdelAziz. 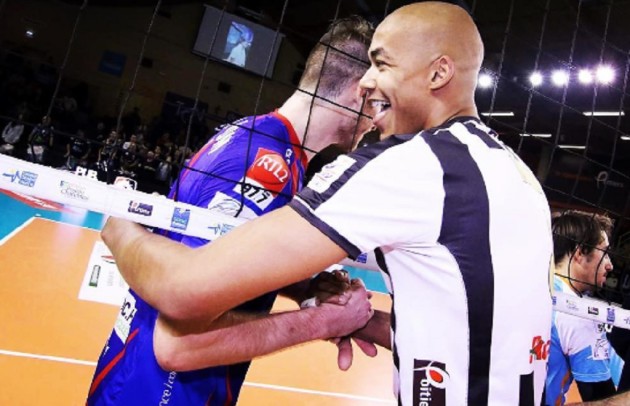 He who decided to swap positions, from a setter to an opposite. Here is an exclusive interview with Dutch international, who is one of the top scorers in French Championship so far this season.

How did you come up with an idea to change position?

“Well I always thought about being an attacker. But when I was young I was not so tall so I became a setter and everything went well! I went fast to the junior national team and after the national team I signed a contract in Italy! So, in that moment I wasn’t really thinking anymore to change to an attacker position. But last year we had some injuries in the team and because of that I played four matches as an attacker and I was playing good. So I started thinking about it again. Then after the season surprisingly I got 2/3 offers to become an attacker so in that moment I thought it is now or never and I decided to make the change”, explains Nimir AbdelAziz.

You are doing a great job as attacker since you are one of the best scorers in the league?

“So far, it’s going well! Of course I still have ups and downs because it’s my first season playing as an opposite! But every week I feel that it’s going better and better but of course there is still a lot to improve! But I am happy with the way it goes”.

How much time you needed to transform from setter to attacker?

“Well I worked this summer to be physically ready because you need to be a lot stronger than when you are playing as a setter. So that was the first part. But of course it’s a different position so you can’t transform in only 2 months of preparation so I’m still transforming but I don’t feel like a setter anymore”.

Are we going to watch you at setter’s position again?

“No I don’t think so. I’m really happy with my new position so from now on I’m gonna be an attacker!”

What is the goal of Poitier this season?

“Our first goal is to advance to the playoffs! Then everything is possible especially here in France, anyone can beat anyone!”

Do you think that you can play as attacker in some big teams from the top world leagues?

“It’s difficult to say that! But of course that’s my goal! I need to work hard and continue to improve and then everything is possible”.

What about Dutch national team? Do you think that you will get more space on court in “Oranje” jersey as an attacker?

“It’s a different situation for me! Firstly, I was a setter and I was playing almost everything for 5 years. Then I told the coach before last summer that I signed a contract as an opposite. He wasn’t happy with my decision!  But we spoke about it and it’s all cleared now. At the moment, we don’t know the group for this summer so I will try to do my best here in France and then at the end of season I will see if I am going be in the squad.”