EXCLUSIVE: Volero president Jacobi – “I tried to do everything to avoid decision on relocation”

Volero Zürich have established the reign in the Swiss women’s volleyball which is rarely seen on a national level in any championship in the world. They won eight national titles in a row, 12 in the last 13 years. Now, after more than a decade of dominating on the national level but without making any major success internationally, Volero management decided to relocate the club to another country. 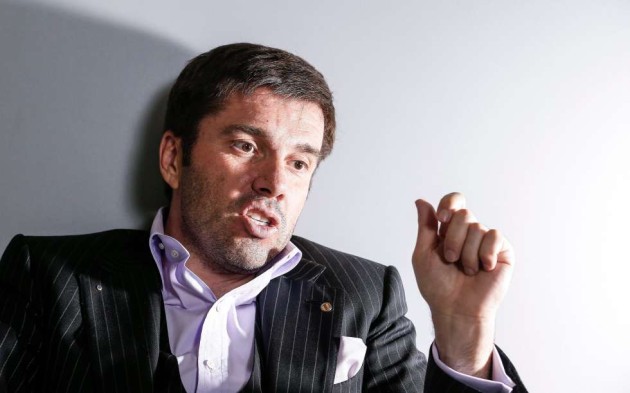 The club has been established in 1973 as VBC Voléro Zürich but with the men’s team being favored compared to the women’s. The women’s team separated itself from VBC Voléro Zürich in 2003 and was professionalized under the new name – Volero Zürich AG. Soon afterward, they became the untouchables in Switzerland. At the same time, big names of the world volleyball started to arrive in the club. Despite investing a lot of money in the squad each year, Volero President Stav Jacobi, the most deserving person for making Volero a club which is famous around the world, decided to change something in order to give the fans some international trophy to whom they will rejoice – to relocate the club to another country. He explained this decision in an interview to our website.

How difficult was to make a decision to relocate the club?

„First of all, it’s important to underline: we are intending to relocate only the first team, not the club itself. The Club (Volero Zürich AG) stays in Zürich. Difficult is a little and light word in this case. I’m suffering a lot. It’s one of the most controversial decisions of my sporting life. In recent years, I tried to do everything to avoid the decision on relocation.”

What are the exact reasons for making such a decision?

“We saw that, in the past several years, Volero Zürich was not able to make a step forward to win the Champions League or the Club World Championship despite an enormous strength of our team. We are pretty sure that weakness of our Swiss League, which led to 13 years of the domination of Volero, prevented us from achieving a sufficient strength in the crucial moments in international competitions. Five times we lost Playoff 6, five times we lost the semifinals of the Club World Championship. It’s enough. The local domination started to be unhealthy not only for us but for the rest of the League. The rest of the clubs had to accept the role of extras. It’s not good. In addition, Volero had to play nationally and internationally, practically, with two different teams due to the local regulations. It led to the paradoxical situation: the world-class players were coming in Zürich to play 8 games in the Champions League per year as a team, all together. Other local games started to be a kind of an extended training for the part of the team. It’s nonsense to see, for example, Natalya Mammadova sitting mostly as a spectator on the stands during the last season. And this year – she is a key player in a strong Russian League and MVP of the Russian Cup. Finally, I can say that our international targets and Swiss League reality brought Volero Zürich to the stagnation at a high level. And stagnation in sports means death.” 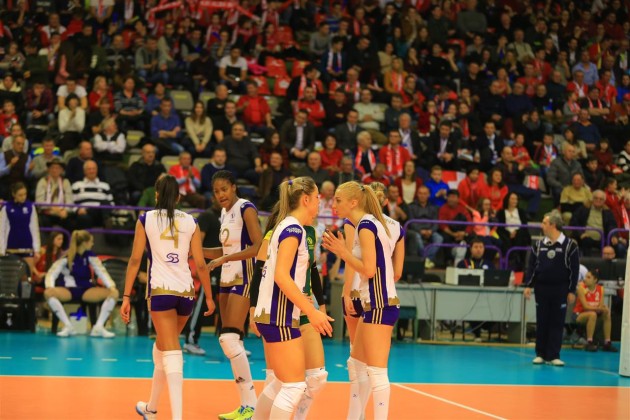 Why did you choose France for the country to which you will relocate the club?

“Based on the careful evaluation we did, France, next to Germany, are our targets. We took into consideration all Leagues which we believe will be stronger than our local. Namely (sorted by strength): Turkish, Italian, Russian, Polish, French, Romanian, and German. Based on many parameters, we came to the above-mentioned conclusion. Preferably, we should relocate to France because, for years, Volero Zürich have very strong partnerships with a couple of leading clubs. We believe that the factors such as – strength of the league, good infrastructure, administrative and financial support from the local authority, an experience of winning the Champions League as the French club – give us good chances to make a step forward in the realization of our sporting ambitions.”

Do you already have a complete plan on how the process of the club’s relocation will look like?

“Such a plan should be finalized in 4 to 6 weeks. At the moment our lawyers and auditors are making a due diligence and creating a legal structure which should let us outsource our professional team and keep a further control of it. Then, the Board of Directors of Volero Zürich AG will make the final decision. After that, we will immediately start to implement it.”

Will some segment of the club’s functioning stay in Switzerland?

“As I already underlined, only the women’s professional team will relocate. All other units such as the Headquarters and Center of Formation will stay in Zürich. For us, it’s very important that the City of Zürich will continue to be one of the volleyball centers in Switzerland. But, our strategy here will be modified: the formation of Swiss professional players will become essential for our activity in Zürich.”

Does this mean that Volero will compete in the French top division next season?

“If our team relocates to France (most probably as I already stated – the final decision will be made by the end of February the latest), then Volero will compete in the Ligue Nationale du Volley next season,” Jacobi concluded.

The oldest Men’s volleyball player is 44?...

Exclusively for WoV: Savani – „Maybe this...