Albin Eriksson is, currently, a unique example in men’s volleyball top divisions. At least, in Europe. He helped his team, Linköpings VC, reach the playoff finals in the Swedish volleyball championship Elitserien 2017/18 in two ways – as a player and as a coach! 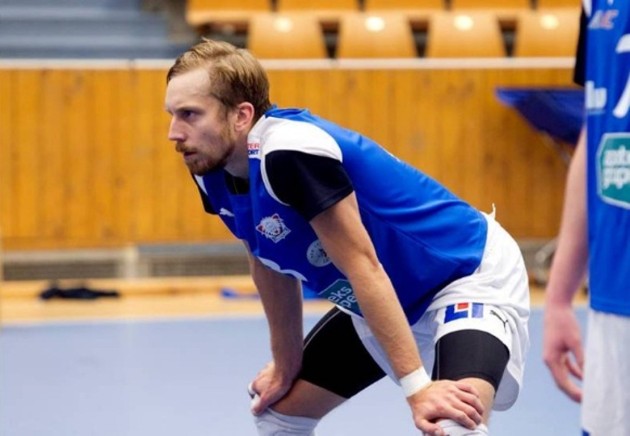 Linköpings VC and Hylte/Halmstad will face each other in the Elitserien 2017/18 playoff finals starting from April 15. For Linköpings, this will be the fifth consecutive battle for the national title in which they took part. A 29-year-old Albin Eriksson was involved in all of them as a player. Now, he will be involved as a coach as well. In an interview to our website, he explained what circumstances led to him being appointed a coach and a player of Linköpings at the same time.

“Our head coach from last year, Johan Isacsson (also Sweden national team head coach), couldn’t find an agreement with the club and had to find a contract elsewhere. This being late August, we couldn’t find another coach on a short notice. I injured my knee during the summer and couldn’t train with the team at the time. So the club asked me if I could lead the team until we found someone else suited for the job. With my experience as a player, I thought this would be a new challenge for me and a way for me to learn more about myself as a player but also as a leader. By the time the league began in October, my knee had gotten better. I started to play more and more, recovered quicker than it was expected and was back on the court. The club kept looking for another coach until around Christmas. During this time we had only lost one game and had won the Grand Prix, so after discussing, we decided to keep going with me as the playing head coach. So far it’s been good, with only the Grand Final remaining.”

What does it feel like to coach players who are your age or even older than you? Did you have a problem with imposing authority?

“Since I have played with most of these players for years, I have no problem in leading the team. Every single player in the team is also very professional and puts in the work required every week. I get a lot of support from the players in my role as a playing coach just as I support my teammates in their role in the team, whatever it may be. We all have a job to do and we do it together.”

Linköpings had a nearly flawless season before the finals. You even won all matches against your rivals in the finals, Hylte/Halmstad, in the regular season. So, how much is that important, above all mentally, before the finals?

“Going into the Grand Final with a 30-game winning streak clearly proves we have the skills to beat any team. Beating Hylte/Halmstad two times in the regular season and beating them in the Grand Prix final is definitely something we take with us going into the Grand Final. Hylte/Halmstad is a great team and it feels good knowing they are yet to find a way of beating us. After winning this many games in a season the mental approach or aspect of the game becomes the most important thing. Keeping players motivated to want more and more all the time is a tough challenge but we, as a team, have come a long way. This is something we work on every week, trying to get better mentally for each game, keeping the team hungry for yet another win.”

This is what his colleague on the bench of Hylte/Halmstad, Per-Erik Dahlqvist, said on the playoff finals.

How do you prepare for the finals and what things might be crucial in the final series?

“The skills that you have going into the finals are the skills you’ve got. This is not the time of the season for improvements skill-wise. We prepare details in our game for which we think they work on the team we are facing on the other side of the net. Like every team in every sport, you try to find weaknesses in your opponent’s game and expose them as much as possible. As the series goes on, we will find more and more things in Hylte/Halmstad game to expose and hopefully not let them find our weaknesses. Like I said before, our mental state and our hunger to win more sets than our opponents will be the most important thing heading into the finals. I think patience, experience, and hunger will be the decisive factors in this final and that’s due to both teams having equal skills.”

Which players of Hylte/Halmstad you consider the biggest threat to your team?

“Hylte/Halmstad have very good players in every position just like us. Viktor Lindberg (Player of the year in Sweden) is definitely going to be a big threat to us. With powerful spin serves and strong attacks, he will be one player to stop as quickly as possible. Their opposite Nicholas Goodell is also a very good attacker that gets the majority of the sets and has had good numbers in each game. They are a complete roster that we are very much looking forward to playing against. A very exciting Grand Final and exciting two weeks are ahead!”

RUS W: Russian Superleague got a new team from Kaliningrad