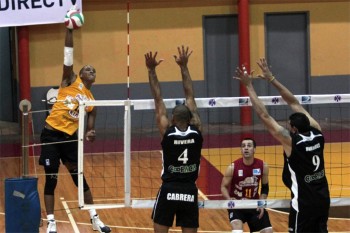 Each team can only suit 12 players for each match, but the roster composition can change each day as long as the players were submitted on the 14-player competition roster.

“We have to quickly re-assemble and hope the teamwork that we were working so hard to build in this summer season of 2013, that we can remember all that quickly and get back to playing USA Volleyball” Kiraly said.

The FIVB Grand Champions Cup features continental winners United States (NORCECA), Thailand (Asia), Russia (Europe), Brazil (South America), along with wildcard Dominican Republic and host Japan. The tournament uses a round-robin format with each team playing five matches over the course of six days. The first stage will be held Nov. 12-13 at the Nagoya Nippongaishi Hall, which seats 10,000 fans. After a travel day on Nov. 14, the teams resume action Nov. 15-17 at the 5,000-seat Tokyo Metropolitan Gymnasium, which was used during the 1964 Olympic Games and completely remodeled in the early 1990s.