Cairo, Egypt, January 10, 2012 - The 2012 African volleyball calendar is set for an explosive start next Monday with the Men’s Olympic Qualification Tournament beginning in Cameroon ahead of the women’s edition, which begins in Algeria on February 1. 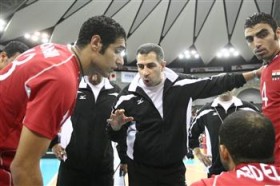 The eventual winners will earn the right to compete at the London 2012 Olympic Games in July and August.

Cameroon will welcome six of the continents top men’s teams to Yaoundé from January 16 to 21 with Egypt, winners of the African Championships on the last four occasions, arriving as the main contenders.

However, African Nations Championship silver medallists Cameroon will want to take full advantage of their home support while Tunisia look to secure their return to the Games for the first time since Athens 2004 but will need to bounce back after a few years of underachievement. Algeria will also fancy their chances after coming so close four years ago, losing to Egypt 3-2 in their final match to deny them gold.

Hosts Algeria will be favourites in the women’s contest when it takes place from February 1 to 4 2012 in Blida.

The side finished 2011 with gold at the All Africa Games in Mozambique and silver at the continental championship in Kenya.

They also represented the continent at the FIVB Volleyball Women’s World Cup 2011 in Japan, finishing 11th.

Reigning African champions Kenya will be standing in the home side’s way however after missing out in 2008.

Elsewhere, Egypt will want to put poor results from the past few years behind them and build momentum on their All Arab Games victory in Qatar and with the team formed from a collection of both girls youth and women’s junior teams they have youthful confidence on their side.

Italy: Ippolito – I believe in this group