Volleyball among sports to feature at inaugural European Games

Volleyball was among the 15 sports approved by the European Olympic Committee (EOC) to feature at the first edition of the European Games in 2015. The competition will be held in Baku, Azerbaijan. WorldofVolley brings you the latest volleyball news. 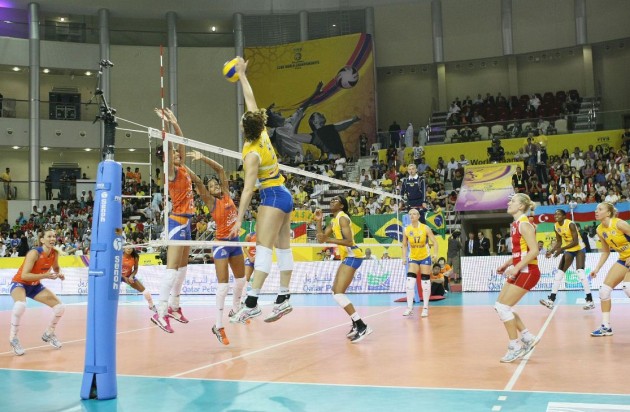 According to AIPS, Baku’s bid to host the event was accepted at an EOC at their meeting in Rome, where they also selected volleyball, archery, badminton, boxing, canoeing, fencing, handball, judo, rugby sevens, shooting, taekwondo, table tennis and triathlon as the featured events.

CEV Cup F: Stiinta BACAU hopes to turn things around after away defeat in France