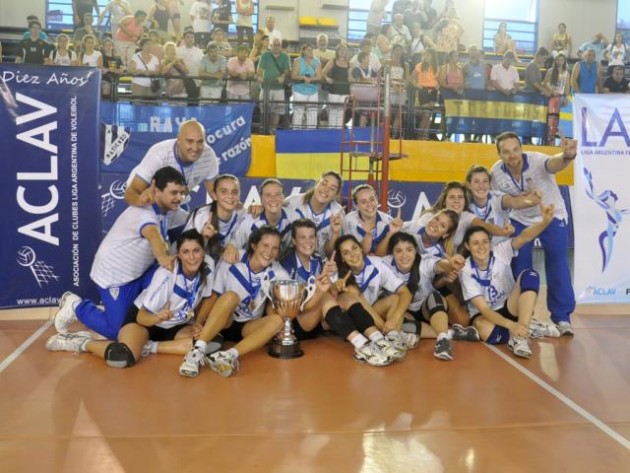 Played at the “Bombonerita“, the Boca “classical” Volleyball field all the last part of the competition, it started on Saturday with semi-finals. First Velez played a very demanding match v Estudiantes de la Plata won 3-0, arriving for the first time to a final match.

On the other semi-final, Boca qualified for its sixth consecutive final match overcoming Villa Dora, the surprise team of the season. It was also a 3-0 match with Boca staying undefeated in this season.

But on the Final, on Sunday, live broadcast for the whole country by TyC Sports – something very important for Women volleyball in the country, Velez overcame the undefeated team of Boca with a perfect performance. Jimena Perez was the top scorer of the champion team winning also the MVP award.

For the Bronze Medal, Villa Dora had a great start but Estudiantes reaction made it celebrate the bronze medal and as Velez (and even Villa Dora) celebrated their first historical participation in this competition,, the most important for women teams of the country.

No doubt, this fact shows the great success of the competition that just ended. Three of the many new teams finished among the best four teams of the tournament. Others, like Mar Chiquita, Gimnasia de Santa Fe, San Jose, among others qualified even for the third round in a competition where about 50 teams of the whole country competed. Something that writes one sheet in Argentina’s Women Volleyball and that is the start of a promising growth of such competitions.