The National team of Argentina to compete at the FIVB Youth Boys’ U19 World Championship arrived to Baja California High Performance Center on Wednesday. The Argentinean team, coached by Julian Alvarez, will play against Cuba, Japan, Chile and Turkey in the city of Mexicali. 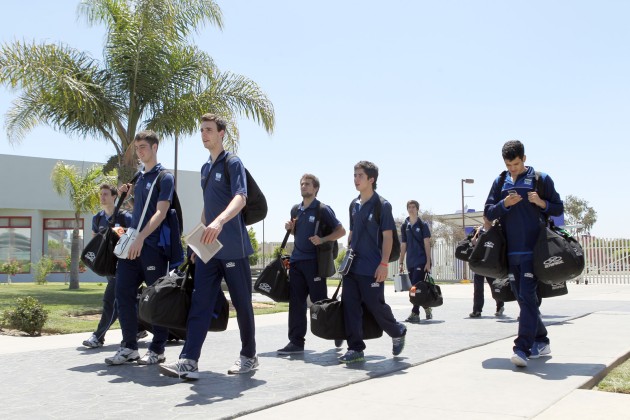 “We are very glad and delighted”, Alvarez said. “This is our first time in Mexico, with great expectations to compete here and to finish among the best teams of the championship”.

“We want play a good game and we are very focused in having a good tournament collectively, as a unit,” Alvarez added. “We don’t have stars and the most important thing for us is our teamwork”.

Alvarez worked as statistician for the female teams with Guillermo Orduña, in his first stint as National Coach.

“That really helped me a lot and I learned a lot. I also had the chance to coach some good players that are now part of the national senior team, like Lucia Fresco, who won the bronze medal at the last edition of the Pan Am Cup,” he said.

The South American squad is the second team to start a mini-camp at the High Performance Center previous to the world championship, following the arrival of Cuba last Saturday.

This team also played at the Volleygrad Cup in Anapa, Russia, along with Mexico, who has had also some training sessions at the same stage in Baja California, prior to the FIVB competition scheduled from June 27 to July 7.