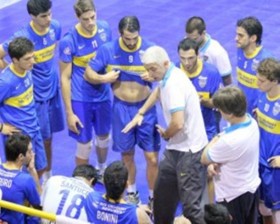 Marcelo Gigante with his team

The receiver position will perform Luciano Zornetta, who is practically part of the Boca institution, while the middle blocker will be Rodrigo Palumbo, who has renewed his contract and who has been playing his fourth consecutive year here.

On the other side, Andrew Ribone will be receiver, who is hired due to great game he showed at Metropolitan Tournament in Argentina and Ignacio Verdi, setter who was part of the team in the seasons 2010/2011 and 2011/2012.

As of this, there are still to come one opposite and one middle blocker and the squad will be complete. Once again, the team will be led by Marcelo Gigante.

To read other news from this country, read Argentina.

Argentina: The Start of Grand Prix will...

ARG: FEVA Executive Committee and Board of...