ARG M: Demian Gonzalez of UPCN: “We must be strong in attack”

The captain of UPCN did not hide his disappointment after losing the match against Boca Rio Uruguay Seguros in the second game of the finals of the Argentine League. However, he is already thinking about the return match and says that his team should be more effective in attack in order to win. 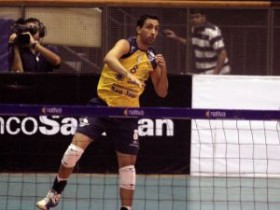 Demian commented on the lost match: “I think we had opportunities to close the sets in our favor, but we did not use them. Although their playing has improved, we could play better.”

The team led by Fabian Armoa had good moments in the game. In fact, until the second set (21-18), it seemed that UPCN could win. However, it lost the advantage and lost the match. “They defended very well, forcing us to attack three or four times. Then we were disturbed because we are not used to so many consecutive points. I think that we should have been more forceful in attack.”

On Wednesday night, the team will travel to Buenos Aires to train on Thursday with Boca Rio Uruguay Seguros. Finally, on Saturday and Sunday will be played the third and the fourth match.