AZE W: Brdjović – “I will be wiser this time”

Four years after, Dejan Brdjović has returned to Baku. 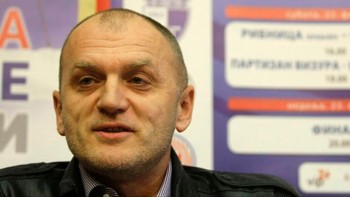 New/old coach of Rabita has great memories from the last time, when he led Baku giant to the title in Azerbaijan and for the first time in club’s history – to the big finals of CEV Champions League.

“I can say that my first episode in Baku was a success. We have defended the domestic title, and made it to the very end of the Champions League. It was the first ever European final for Rabita… Unfortunately, VakifBank was better and deservedly won the trophy” said Brdjović for “Sportski žurnal”, Serbian sports newspapers.

“President of Rabita has called me again, which means that I left a good impression. To be honest, I was sad because we parted ways after such a successful season. But, I think that this time I will be wiser and hopefully even more successful. Of course, it means that I would take Rabita to the Champions League trophy”.

Will he succeed? Time will tell.

RUS W: Another departure from Kazan