It seems that the volleyball section of the Brazilian club Minas is most active in the ongoing period when competitions in this sport across the world are canceling day after a day due to coronavirus pandemic. At least, that’s what transfer rumors say… 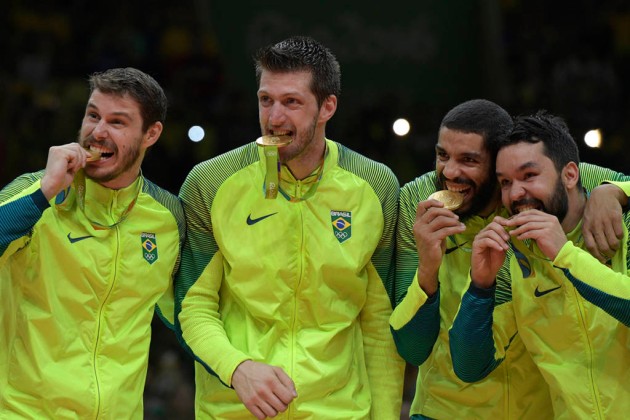 Melhor do Vôlei reported that men’s side Fiat/Minas is aiming to compose quite a respectable roster for the next season and, just like the female section of the club, to become the title contender in the country.

Unofficially, the Belo Horizonte club is close to signing two Rio Olympics gold medalists: the opposite hitter Wallace Souza from Sesc RJ and the setter William Arjona from Sesi-SP. Both are involved in a social media challenge that the latter started to give the contribution to fighting the new COVID-19 infection that hit the entire world. In addition to Wallace and William, Minas want to return the middle blocker Flávio Gualberto, also from Sesc. Minas will part ways with their current starting opposite hitter Felipe Roque who might reinforce EMS Taubaté Funvic.

The female team of Minas allegedly made some transfer moves as well.

Unlike the 2019/20 Brazilian women’s championship, that was canceled, the men’s Superliga was only suspended.

PHOTO OF THE DAY: What happened here?...