BRA W: Unilever overcomes Pinheiros and reassumes leadership of the Superliga. They surpassed Osasco, and now have 31 points. Refiane and Natalia led the team. Unilever will play their next game with Usiminas Minas, Pinheiros will try to challenge Osasco. 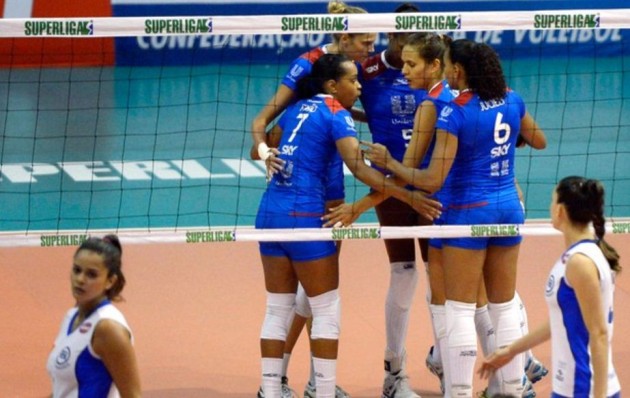 Without much responsibility and no pressure on their shoulders, the young Pinheiros team gave the impression that Unilever will have to work early in the game. But it was just an impression. After opening 2-5 and flirting with the possibility to win the first set, the São Paulo team started playing with the superiority of the leader of Superliga. The team quickly turned to 6-5, kept its pace and closed for an easy first set 25-15.

Unlike the previous part, the owners of the house began the second set without giving any chance to the opponent and led 10 to 4. With the enormous led, Unilever relaxed, and allowed Pinheiros to come dangerously close 11-10 and angered coach Bernardinho. Unilever was leading 17-14, and one the set with three point difference 25-22.

With a comfortable lead, Unilever played the same as in the previous sets. The host gave no chance to Pinheiros and won 25-19.

CEV CL M: After another dramatic tie-break Zenit KAZAN makes it to Playoffs 6