RJX will try to keep the leadership in the Superliga with a win against Sao Bernardo Volei. RJX is currently first with 31 points, Sao Bernardo seventh with 18. The two coaches Marcelo Fronckowiak and Rubinho shared their expectations, and commented on Renan's return. 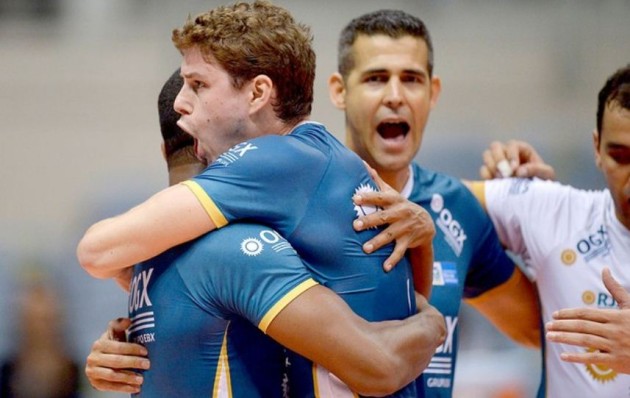 According to RJX coach, Marcelo Fronckowiak, the game will be be balanced. The coach commented on the return of one of the great talents from Sao Bernardo.

“We will have a very tough match against Sao Bernardo Volei. They can now count on Renan, who is a great player. Traditionally it is a team that imposes difficulties on all opponents and will come motivated to play against us” Marcelo said.

On the side, coach Rubinho commented.

“In the early games of the season, we played consistent matches at home and even in defeats we had good performances. Against RJX will be a tough game, but we have to play well, improve, adjust and help the team adapt to the return of Renan who hasn’t played for seven rounds” said the coach.