RJX defeated Sao Bernardo in the first Superliga quarterfinal game. Bruninho, Santos, Fronckowiak and Rubinho shared their thoughts after the game. Bruninho and Lucao were the best players in the match. Renan was the top scorer for Sao Bernardo. WorldofVolley brings you the latest volleyball news. 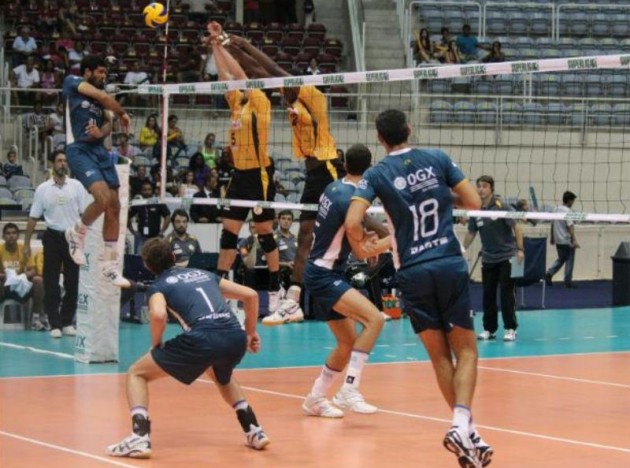 Bruninho was the best player in the game, he was awarded the Viva Volei Trophy. Lucao was the top scorer with 16 points. For Sao Bernardo‘s team Renan scored 16.

Recently recovered from a sprained ankle suffered in the last game, Bruninho was in the court and was instrumental in the team’s victory.

“We knew from the beginning I could play, but I had strong treatment, with pool and physiotherapy, and put in my head that I would recover and be able to help the team. Today, I could play and and everything went well” said RJX‘s setter.

“It was an important step, but we must be prepared for all the difficulties, because we know that they can surprise any opponent. We have to stay focused” Santos said.

The RJX‘s coach, Marcelo Fronckowiak, knows that his team will not have it easy.

“It will be a difficult game. Today we confirmed the initial advantage, but we can not lose focus. We need full attention in the next confrontation” said Fronckowiak.

The coach of Sao Bernardo, Rubinho, wants a better performance of his team on the game next Tuesday. “RJX played well, with control of the match, and we did not make too much trouble for them, they played with ease. We made a good recovery in the second set, but we need to improve our strengths for the second game. We will look for the home win” said Rubinho.