One of the most prominent figures in the Brazilian volleyball in history said goodbye to professional playing in a festive game in São Caetano do Sul. 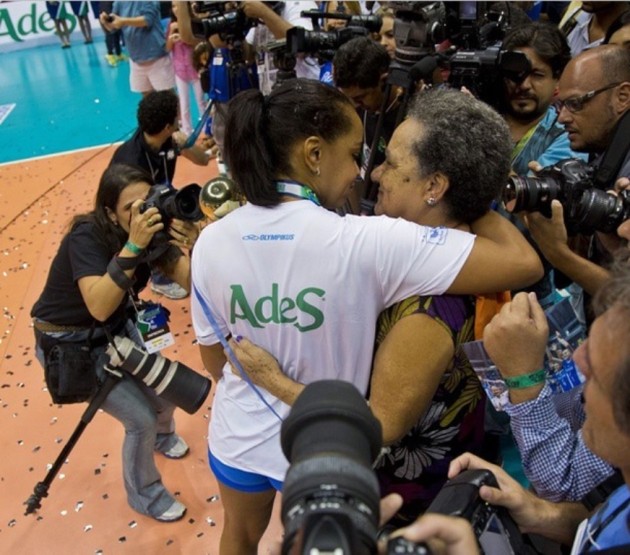 All the fans in the hall have worn the shirts with two words written on them – “Thanks Fofão”.

Many supporters, the players of several generations, head coach Zé Roberto and many others came to see Fofão in action for the last time. 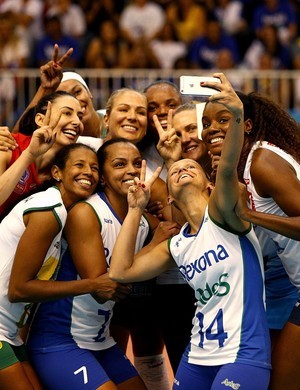 Everything on this match was a big joke: the presentation of the teams, the initial serve – by Fofão, of course – and even scenarios with the referees and provocations on the net. 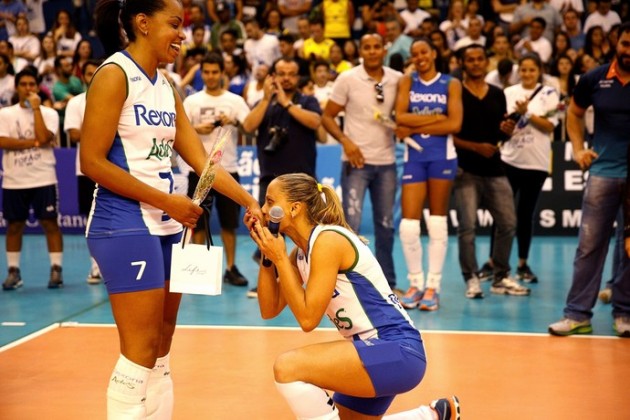 The result was what mattered less, but the “Friends of Fofão” won by 2-0 (25-21, 25-17). The final point was an invitation for all players to enter the court and for Fofão to start crying.

Hélia Rogério de Souza Pinto delighted volleyball fans for almost three decades (15 years in Brazilian national team) and finally, at the age of 45, she said farewell in the jersey of Rexona/Ades.

Among a lot of medals, Fofão has won gold 8 times with Brazil as well as 6 gold medals with various clubs in Brazil and Europe.

It’s almost impossible to count how many individual awards she took during her professional career.